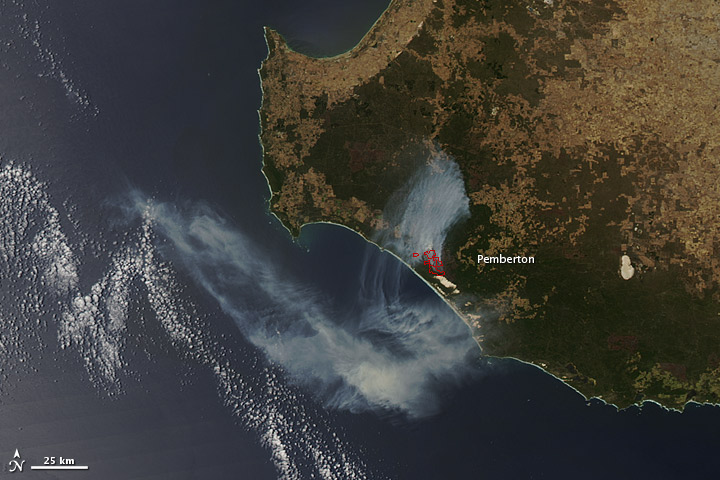 While floods soaked Queensland, Western Australia sizzled in late December 2010. Temperatures rose to more than 40 degrees Celsius (104 degrees Fahrenheit) in some areas, and hot, dry conditions likely set the stage for this wildfire that broke out along the coast west of Pemberton.

The Australian Associated Press reported that high temperatures plagued Western Australia over the Christmas holiday and continued for days afterward, prompting authorities to enact fire bans in some areas. The region around Perth (just north of the area pictured here) was especially hard-hit. 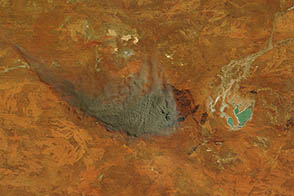 A fire near Lake Gregory produced thick smoke on August 19, 2012.