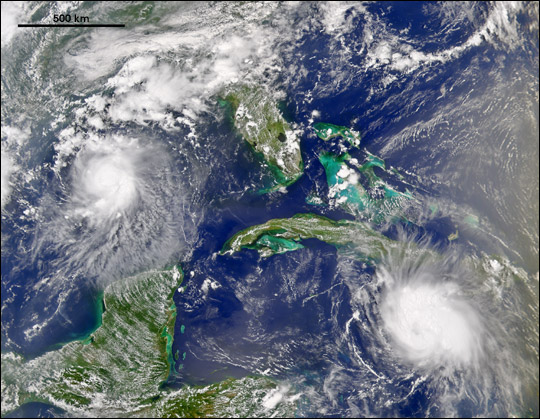 The NOAA-National Weather Service Tropical Prediction Center reports that Bonnie is moving toward the northeast at about 19 km per hour (12 mph) and appears headed for the Florida panhandle. A hurricane warning is in effect for portions of Florida from Destin eastward to the mouth of the Suwannee River. The storm is expected to pick up speed as it approaches land, while remaining about the same in intensity.

Situated due south of Cuba’s eastern tip in this scene, Charley is moving at 27 km per hour (17 mph) west-northwest toward the Cayman Islands. A hurricane warning is in effect for many of the islands in this region, including the Cayman Islands, Cuba, Jamaica, and the Florida Keys. 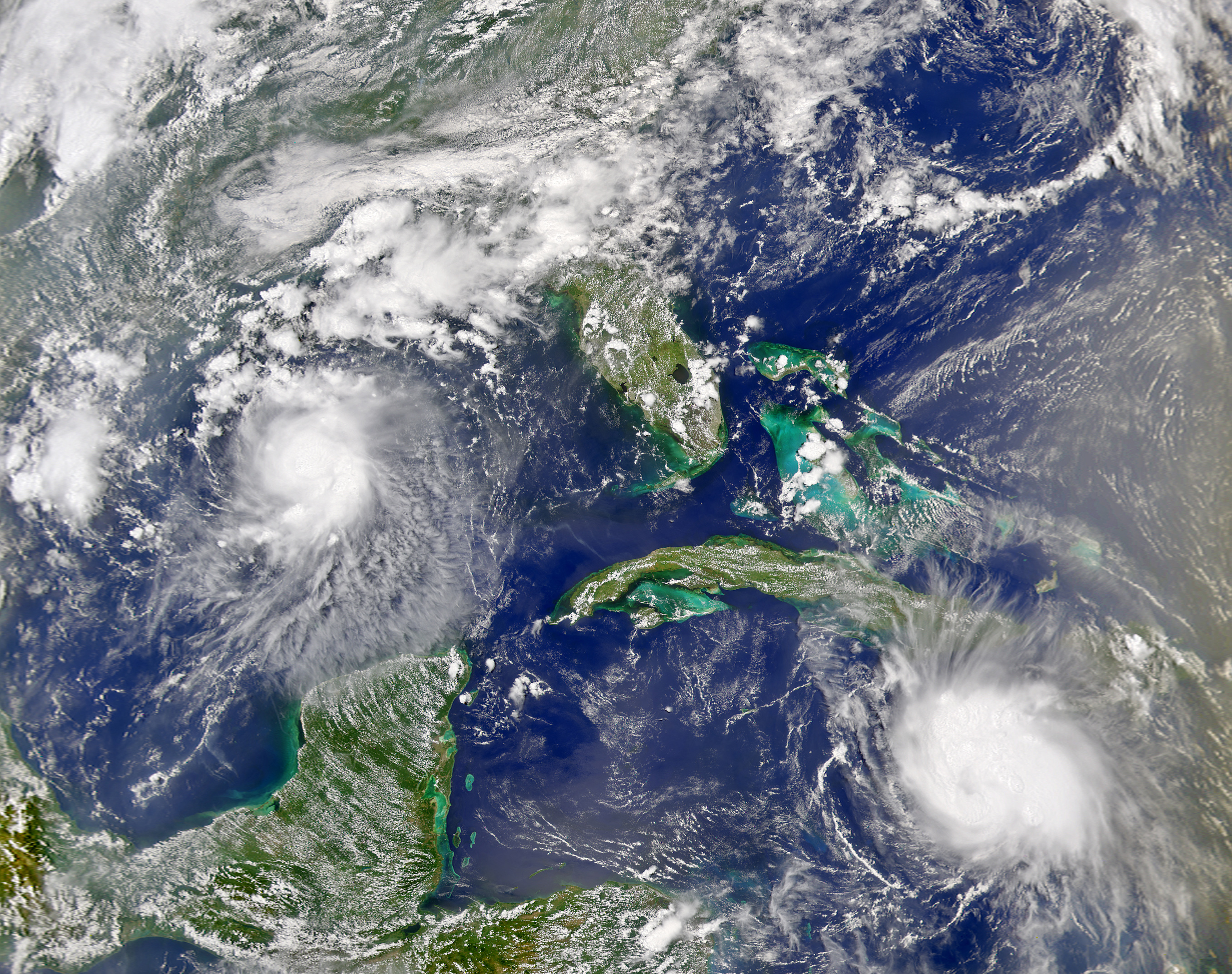