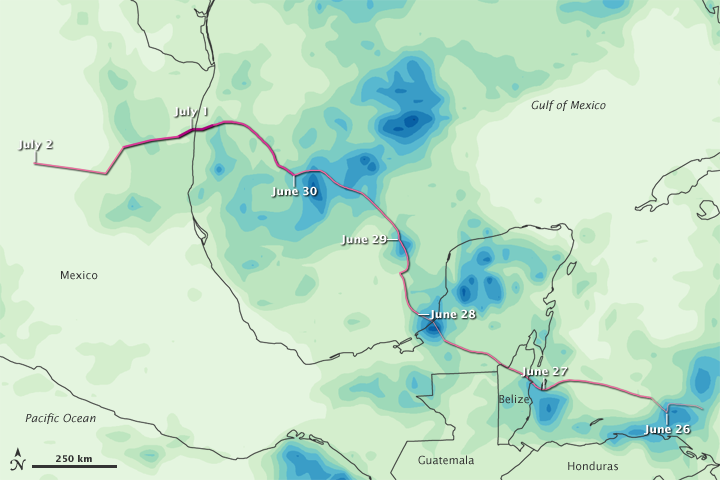 The first named storm of the 2010 Atlantic hurricane season, Alex strengthened to a hurricane before making landfall in northeastern Mexico. Between late June and early July, the storm dropped heavy rain over Central America, Mexico, and the Gulf of Mexico.

Superimposed on the rainfall amounts is a storm track for Alex. Darker shades of pink indicate greater storm strength. Alex reached hurricane strength before making landfall in Mexico and dissipating.

Although rainfall amounts appear relatively light in northeastern Mexico in this image, the storm caused substantial flooding, according to news reports. Floods caused particular damage in the city of Monterrey, swamping homes with mudslides, washing away parts of roads, sweeping away cars, even sweeping away buffalo from the city zoo. Reuters reported that Alex caused six deaths in Monterrey, as well as 12 deaths in Central America.