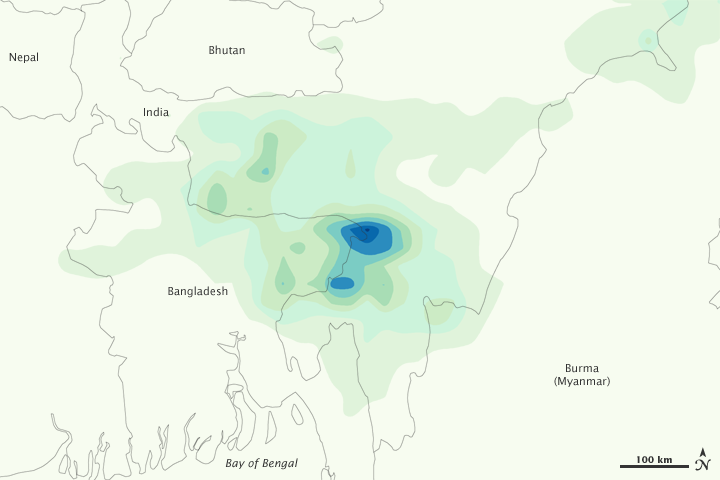 Heavy rains struck the Indian state of Assam for six consecutive days in mid-April 2010, according to the Press Trust of India. A lightning strike killed one person, and repeated downpours flooded urban and rural areas of the state.