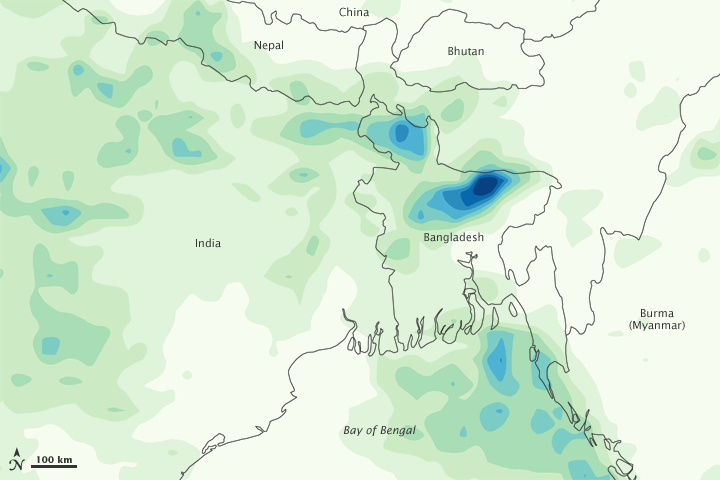 Heavy monsoon rains pounded India and Bangladesh in early July 2010. The Integrated Regional Information Networks (IRIN) reported that more than 600,000 river island residents had been marooned, and thousands of hectares of farmland had been destroyed in Bangladesh by flooding. Meanwhile, CNN reported that monsoon floods had killed at least 221 people, and affected a million more in India since June 1.

Heavy Rains in Burma and Bangladesh

This color-coded image shows rainfall amounts from June 10–16, 2010 around the Bay of Bengal. The heaviest rainfall is concentrated along the northern coast of Burma and the eastern coast of Bangladesh.