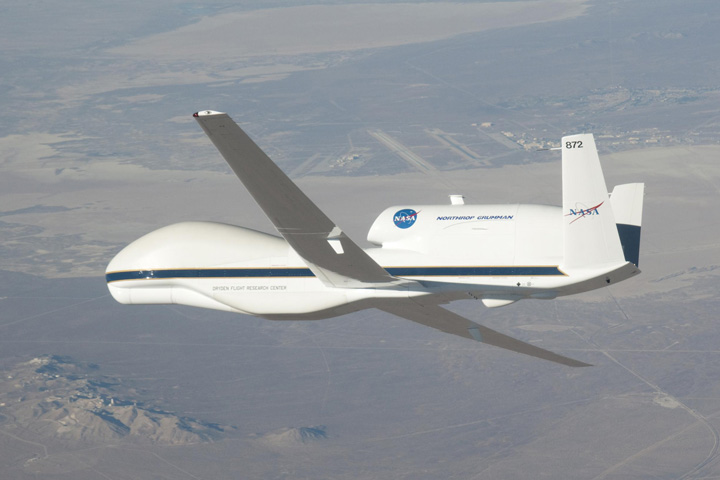 At NASA’s Dryden Research Center in California, a group of engineers, scientists, and aviation technicians have set up camp in a noisy, chilly hangar on Edwards Air Force base. For the past two weeks, they have been working to mount equipment—from HD video cameras to ozone sensors—onto NASA’s Global Hawk, a remote-controlled airplane that can fly for up to 30 hours at altitudes up to 65,000 feet.

The team is gearing up for the Global Hawk Pacific campaign, a series of four or five scientific research flights that will take the Global Hawk over the Pacific Ocean and Arctic regions. The 44-foot-long aircraft, with its comically large nose and 116-foot wingspan is pictured in the photograph above, banking for landing over Rogers Dry Lake in California at the end of a test flight on October 23, 2009. The long wings carry the plane’s fuel, and the bulbous nose is one of the payload bays, which house the science instruments.

For the Global Hawk Pacific campaign, the robotic aircraft will carry ten science instruments that will sample the chemical composition of air in the troposphere (the atmospheric layer closest to Earth) and the stratosphere (the layer above the troposphere). The mission will also observe clouds and aerosol particles in the troposphere. The primary purpose of the mission is to collect observations that can be used to check the accuracy of simultaneous observations collected by NASA’s Aura satellite.

Co-lead scientist Paul Newman from Goddard Space Flight Center is writing about the ground-breaking mission for the Earth Observatory’s Notes from the Field blog. 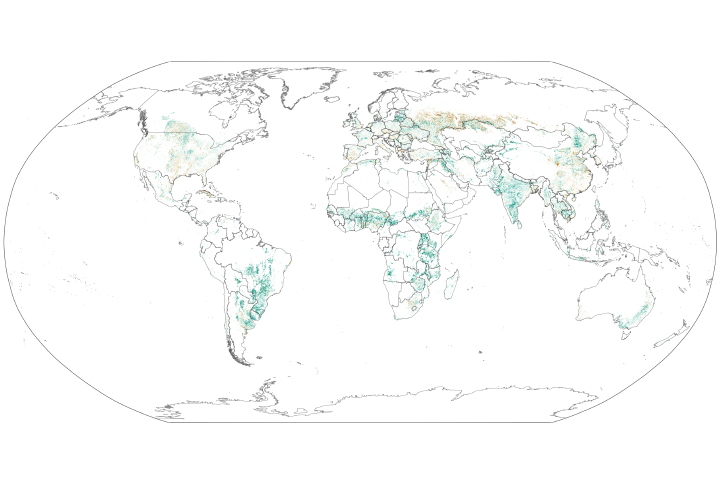