Flooding near the Betsiboka River, Madagascar 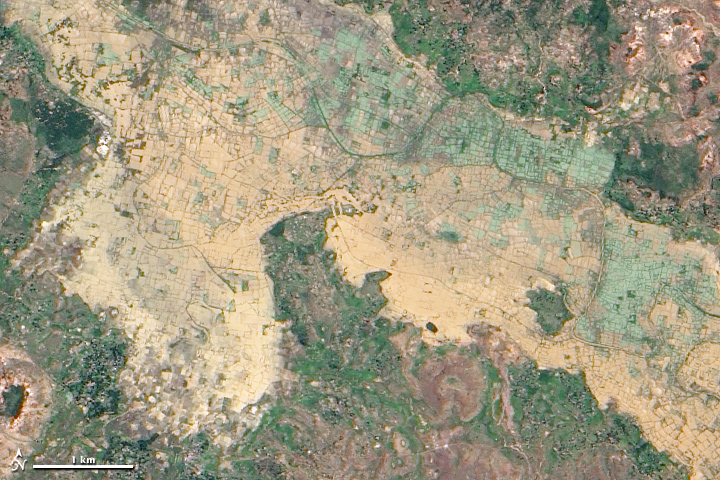 In northwestern Madagascar, the Betsiboka River flows toward the coast, its braided streams emptying into the Bombetoka Bay. In late March 2010, however, not long after Tropical Cyclone Hubert passed through the region, part of the river pushed over its banks, flooding nearby agricultural fields.

The Advanced Land Imager (ALI) on NASA’s Earth Observing-1 (EO-1) satellite captured this natural-color image on March 23, 2010. Immediately south of the Betsiboka River, which is visible in the large image, this area is roughly 40 kilometers (25 miles) from the coast. The wide beige-and-green swath filling most of the image is flooded, and uneven rectangles demarcate individual fields. Only areas of relatively high ground appear to have escaped standing water.

In the days after Tropical Cyclone Hubert made landfall in Madagascar, authorities concluded that at least 36 people had died, and some 85,000 others had been affected, according to a report from Integrated Regional Information Networks. Besides damaging homes and crops, the storm washed away roads, isolating some communities from aid.

Acquired March 23, 2010, this natural-color image shows an agricultural area immediately south of the Betsiboka River, roughly 40 kilometers from the coast. The beige-and-green area filling most of the image is flooded. 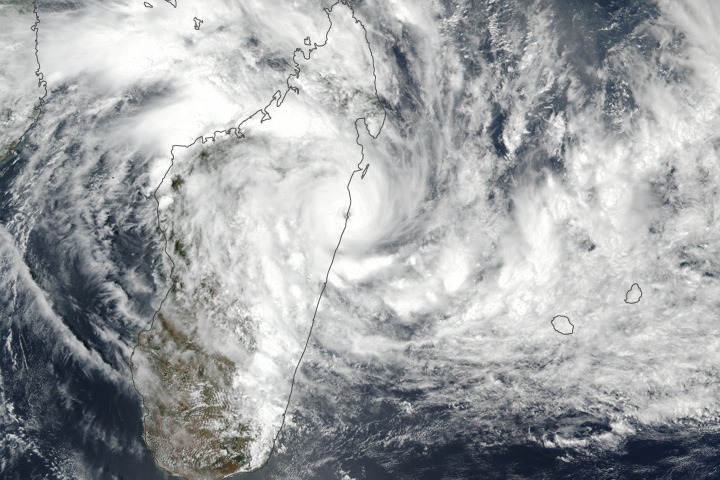