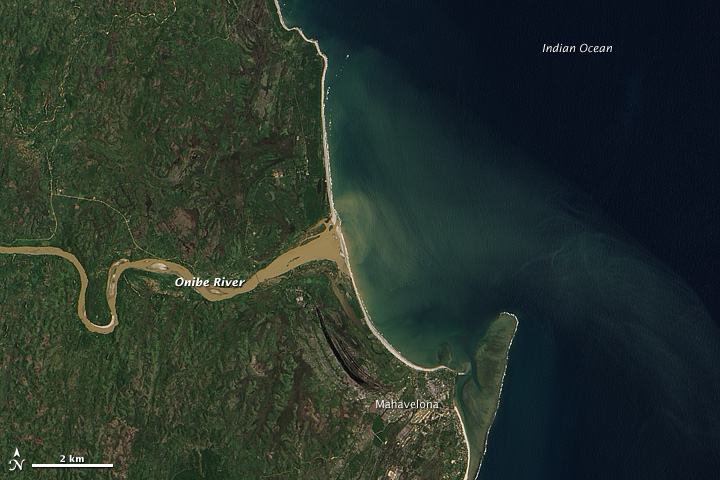 In February 2012, Tropical Cyclone Giovanna made landfall in eastern Madagascar, packing winds of 125 knots (230 kilometers per hour) and heavy rains in excess of 250 millimeters (10 inches) along the coast. On February 20, the Integrated Regional Information Networks reported that Giovanna had damaged or destroyed thousands of homes in Madagascar and killed at least 23 people.

The Advanced Land Imager (ALI) on NASA’s Earth Observing-1 (EO-1) satellite captured this natural-color image of the sediment-choked Onibe River on February 19, 2012. The river appears muddy brown throughout this landscape, and delivers a thick plume of sediment to the Indian Ocean.

The Onibe River arises in the highlands of Madagascar’s interior and empties into the ocean just north of the coastal town of Mahavelona (also known as Foulpointe). The river lies along the track Giovanna followed when it came ashore. Giovanna’s heavy rains spurred equally heavy runoff into the Onibe River.

In eastern Madagascar, rivers are typically short and fast-moving, thanks to the area’s stark relief. Madagascar’s highest mountain, for example, is 2,876 meters (9,436 feet) above sea level yet lies just 120 kilometers (75 miles) from the coast. The steep slopes lead to significant erosion, but even compared to the island’s usual runoff rates, the Onibe carried a heavy load of mud and debris in the wake of Giovanna. An ALI image of the same area on February 6 showed virtually no sediment plume at the mouth of the river.

Cyclones rank among the most frequent natural hazards for Madagascar. After coming ashore in mid-February, Cyclone Giovanna blew westward over the island, traveled southward through the Mozambique Channel, then curved back to the east, skirting Madagascar’s southern shore. 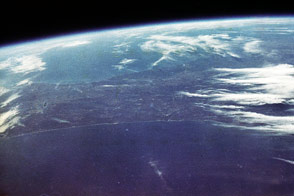 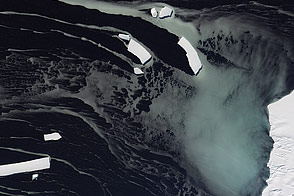 Flooding near the Betsiboka River, Madagascar

Acquired March 23, 2010, this natural-color image shows an agricultural area immediately south of the Betsiboka River, roughly 40 kilometers from the coast. The beige-and-green area filling most of the image is flooded.

The Betsiboka Estuary on the northwest coast of Madagascar is the mouth of Madagascar’s largest river and one of the world’s fast-changing coastlines. Nearly a century of extensive logging of Madagascar’s rainforests and coastal mangroves has resulted in nearly complete clearing of the land and fantastic rates of erosion. After every heavy rain, the bright red soils are washed from the hillsides into the streams and rivers to the coast. Astronauts describe their view of Madagascar as “bleeding into the ocean.” One impact of the extensive 20th century erosion is the filling and clogging of coastal waterways with sediment—a process that is well illustrated in the Betsiboka estuary. In fact, ocean-going ships were once able to travel up the Betsiboka estuary, but must now berth at the coast.