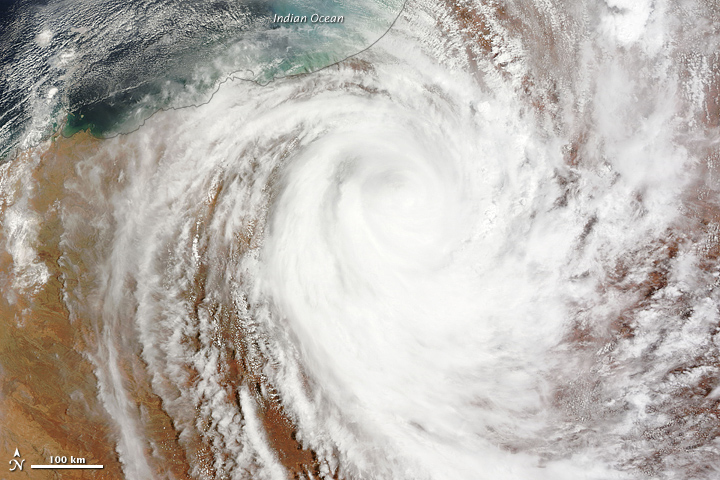 Though still a formidable storm, Laurence was clearly weakening when this image was acquired. The storm no longer had a visible eye, as it did on December 21, nor did it have its previous compact circular shape. The bands of clouds that spiraled around the center of the storm were more spread out, indicating that the storm was losing its circulation after being cut off from the warm water that fueled it. Despite all this, Laurence still had the distinctive shape of a tropical cyclone in this image.

Laurence damaged buildings and cut power and phone lines in Western Australia, said the Sydney Morning Herald. No injuries or deaths had been reported as of December 23 (Australian time).