Iceberg B17-B Adrift Off the Southwestern Coast of Australia 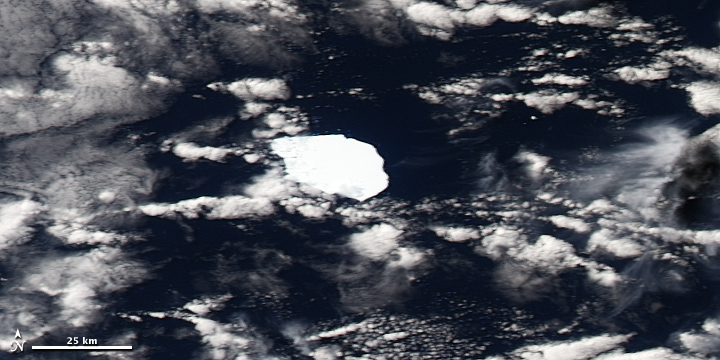 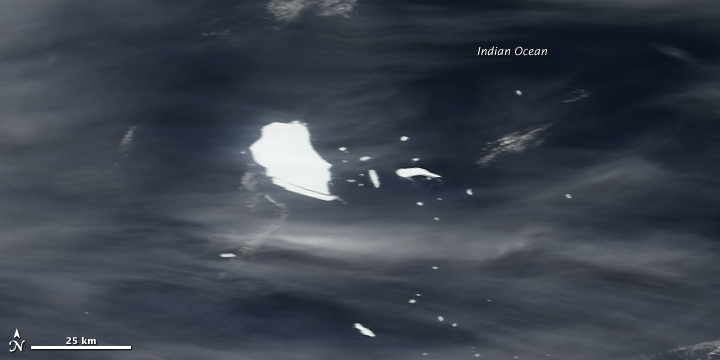 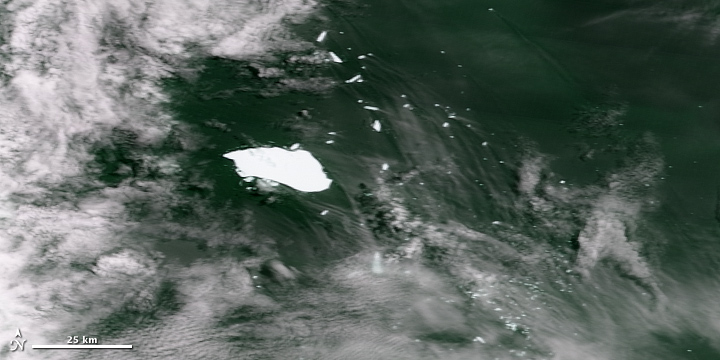 Icebergs frequently calve off Antarctica’s ice shelves, and they often get swept up in strong circumpolar currents that carry them around the icy continent. Occasionally icebergs drift northward, out of the continent’s orbit. Only rarely, however, do icebergs drift as far north as Australia without melting, which is why scientists were surprised to spot a city-sized iceberg, desginated B17-B, drifting toward Australia in December 2009.

Captured between early November and early December 2009, these true-color images show the changes in iceberg B17-B as it drifts northward from Antarctica toward Australia.

Image of the Day Water Sea and Lake Ice

Iceberg B17-B in the Indian Ocean

Far from its birthplace on the Ross Ice Shelf, iceberg B17-B was adrift off the southwestern coast of Australia in late 2009 and early 2010.