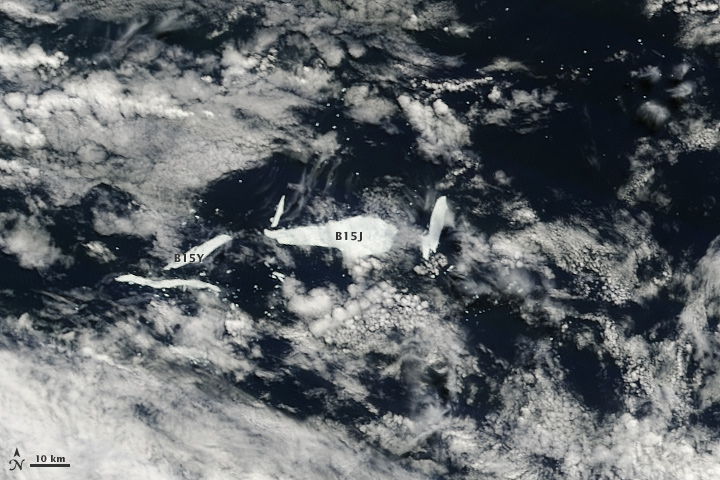 Although a fraction of the size of the original Connecticut-sized iceberg, B-15J still measured roughly 35 kilometers (22 miles) long in mid-November 2011. By then, it was floating in the southern Pacific Ocean, about 2,400 kilometers (1,500 miles) east-southeast of New Zealand. On November 25, 2011, the Moderate Resolution Imaging Spectroradiometer (MODIS) on NASA’s Terra satellite captured this natural-color image of B-15J and a smaller iceberg, B-15Y.

Smaller icebergs, many of them shaped like slivers, float around B-15J and B-15Y on November 25. The MODIS image acquired 11 days earlier shows B-15J and B-15Y still together in one mass, but also shows crevasses, or cracks, along which the icebergs would split.