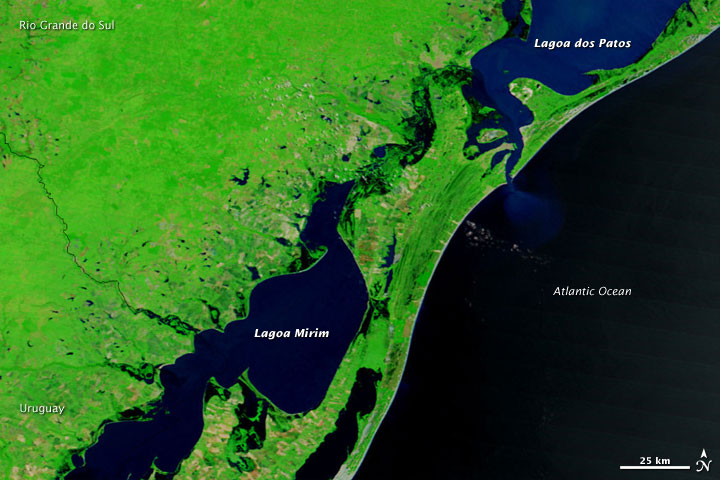 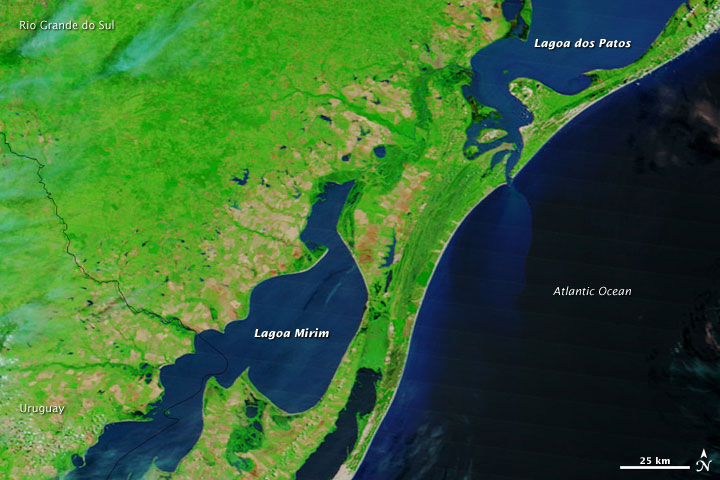 Late November 2009 brought severe flooding to South America, affecting areas along the Atlantic coast. According to the Associated Press, the floods had claimed 12 lives by November 25, with most of the casualties occurring in the Brazilian state of Rio Grande Do Sul. The Dartmouth Flood Observatory detected flooding in late November 2009, occurring in northern Argentina, Uruguay, and southern Brazil. Among the affected areas were two lagoons: Lagoa dos Patos in Brazil, and Lagoa Mirim, straddling the Brazil-Uruguay border.

In the image acquired December 1, flood waters are most conspicuous between the lagoons, almost connecting the water bodies across the strip of land that usually separates them. Flood waters also submerge much of the land east of Lagoa Mirim; tributaries west of that lagoon are swollen as well.

Besides higher water levels, the other obvious difference between the two images is the reduction of bare ground (shown in sandy pink) between late October and early December. This change might result from flooding, but may also result from seasonal changes as the Southern Hemisphere’s springtime progresses.