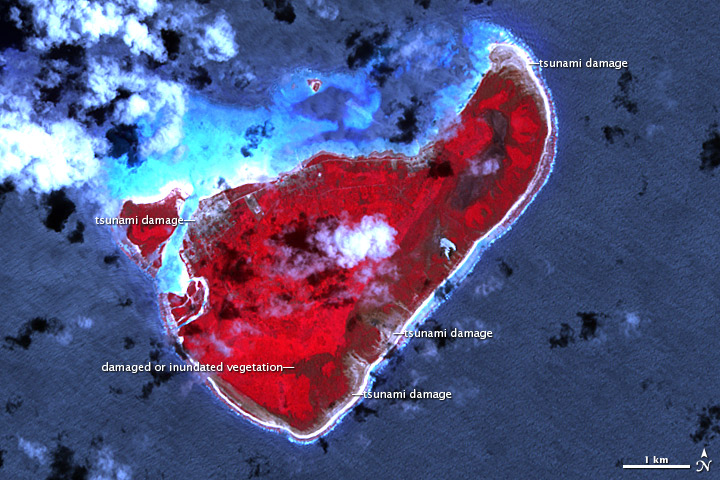 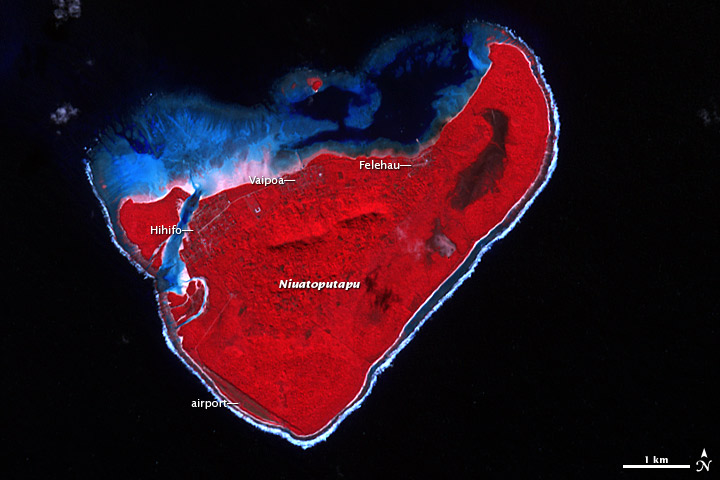 In the wake of a magnitude 8.0 earthquake that struck on September 29, 2009, tsunami waves rolled onto the Tongan island of Niuatoputapu. The New Zealand Herald reported that waves up to 6 meters (20 feet) high hit the island. The northeast shoreline (facing the earthquake epicenter) received the most damage, followed by the towns of Hihifo and Felehau. Nine residents were killed.

These false-color images were acquired by the Advanced Spaceborne Imaging Spectroradiometer (ASTER) aboard NASA’s Terra satellite on October 19, 2009, (top) and July 25, 2006 (bottom). Vegetation is red, while bare ground is pale blue-gray. In the 2009 image, the dark red area along the eastern side of the island likely indicates damaged or inundated vegetation. In both images, clouds and breaking waves are white or cyan. The elevation of the Sun in the sky was markedly different in each image, resulting in ocean water appearing dark blue in the 2009 image and almost black in 2006.

A pair of before-and-after images reveals tsunami damage on the Tongan island of Niuatoputapu.