Flooding along the Krishna River 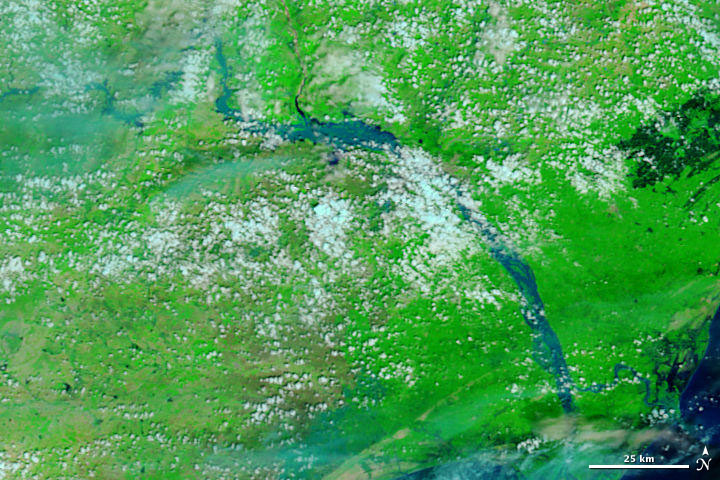 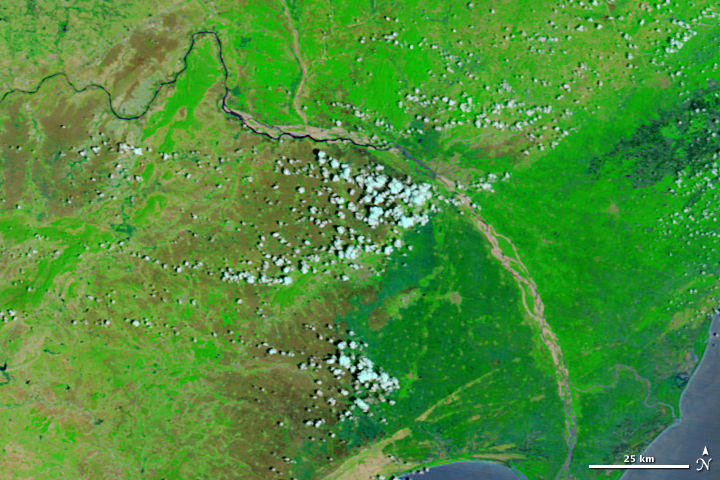 These images show part of the Krishna River, which drains into the Bay of Bengal, in Andhra Pradesh. The Moderate Resolution Imaging Spectroradiometer (MODIS) on NASA’s Terra satellite captured the top image on October 5, 2009, and the bottom image on September 10, 2009. Both images use a combination of infrared and visible light to increase the contrast between water and land. Vegetation appears bright green, bare ground appears pink-beige, clouds appear pale turquoise, and water appears blue.

The Krishna River travels along braided channels that curve southward toward the coast. On September 10, most of the channels appear dry, with just a small trickle of deep blue water that seems to end before reaching the coast. (Extremely shallow water is not necessarily visible to MODIS, and the river channels may hold more water than this image suggests.) On October 5, however, water completely fills the channels.

On October 6, 2009, Press Trust of India reported that the Krishna River set a record in flood discharge at Prakasam Barrage, surpassing the previous record from 1903 when the river had no dams.

These false-color images show a portion of the Krishna River in southern India in flood stage on October 5, 2009 (top), and before the flooding on September 10, 2009 (bottom).