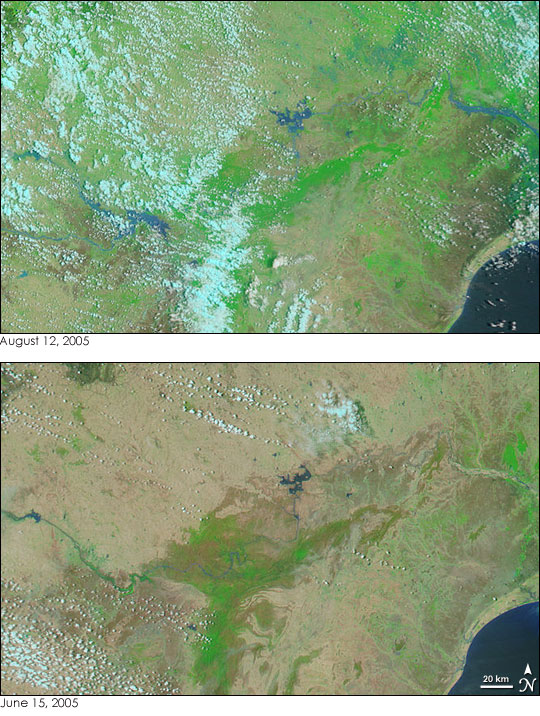 Though water levels have started to drop, the Krishna River was still swollen far beyond its banks on August 12, 2005, when the Moderate Resolution Imaging Spectroradiometer (MODIS) on NASA’s Terra satellite captured the top image. The river is overflowing after record-setting monsoon rains fell in western India during July and early August. The water is now draining into the Krishna through its tributaries so that, even though the western floods have lifted, the river is still running high. The false-color images show the eastern reaches of the Krishna River as it flows through Andhra Pradesh.

In these images, water is dark blue. The river, tainted with muddy flood water, is lighter blue than the clearer water of the Bay of Bengal, seen in the lower right corner. Clouds are light blue, vegetation is bright green, and bare land is tan. In addition to showing floods, the images show the positive effect of the monsoon rains. In between June 15, when the lower image was taken, and August 12, the landscape had gone from a barren tan to widespread green.