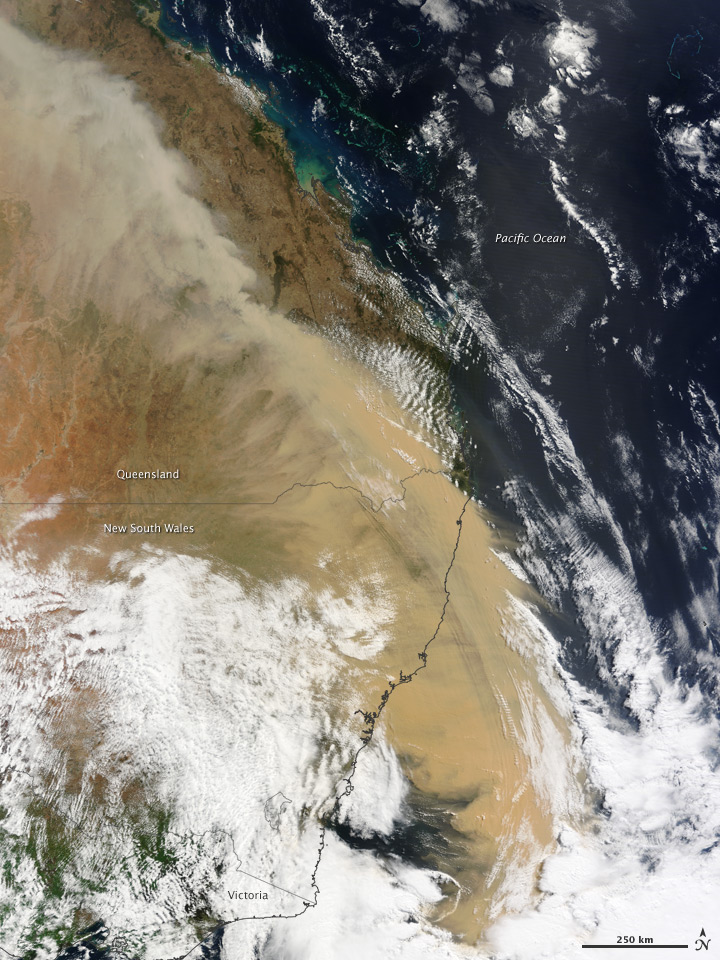 A wall of dust stretched from northern Queensland to the southern tip of eastern Australia on the morning of September 23, 2009, when the Moderate Resolution Imaging Spectroradiometer (MODIS) on NASA’s Terra satellite captured this image. The dust is thick enough that the land beneath it is not visible. The storm, the worst in 70 years, led to canceled or delayed flights, traffic problems, and health issues, reported the Australian Broadcasting Corporation (ABC) News. The concentration of particles in the air reached 15,000 micrograms per cubic meter in New South Wales during the storm, said ABC News. On a normal day, particle concentrations would be 10-20 micrograms per cubic meter.

Strong winds blew the dust from the desert interior to more populated regions along the coast. In this image, the dust rises in plumes from point sources and concentrates in a wall along the front of the storm. The large image shows that some of the point sources are agricultural fields, recognizable by their rectangular shape. Australia has suffered from a multiple-year drought, and much of the dust is coming from fields that have not been planted because of the drought, said ABC News.

A wall of dust stretches from northern Queensland to the southern tip of eastern Australia in this photo-like satellite image from September 23, 2009.