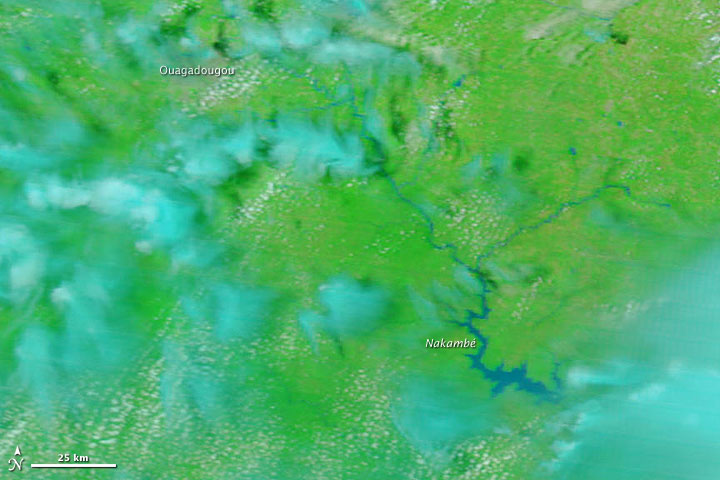 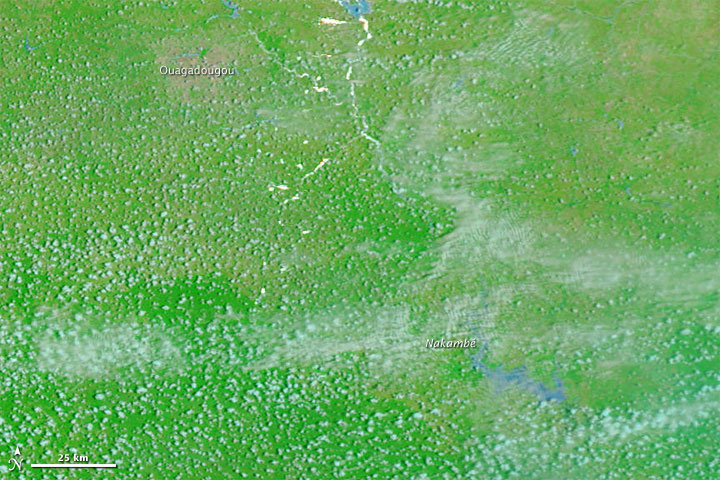 The Moderate Resolution Imaging Spectroradiometer (MODIS) on NASA’s Terra satellite captured these images of Burkina Faso. The top image is from September 3, 2009, and the bottom image is from August 28, 2009. Both images use a combination of infrared and visible light to increase the contrast between water and land. Vegetation appears bright green, clouds appear bright turquoise, and water appears electric blue. Swelling along the Nakambé River is apparent in the image from September 3. In the image from August 28, the same water channel is barely discernible. To the north, the riverbed appears nearly white, but this may result from sunglint—sunlight bouncing off the water’s surface like a mirror.