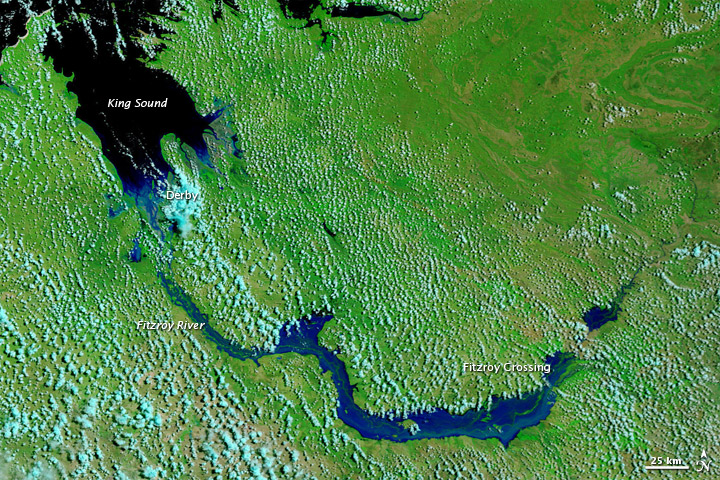 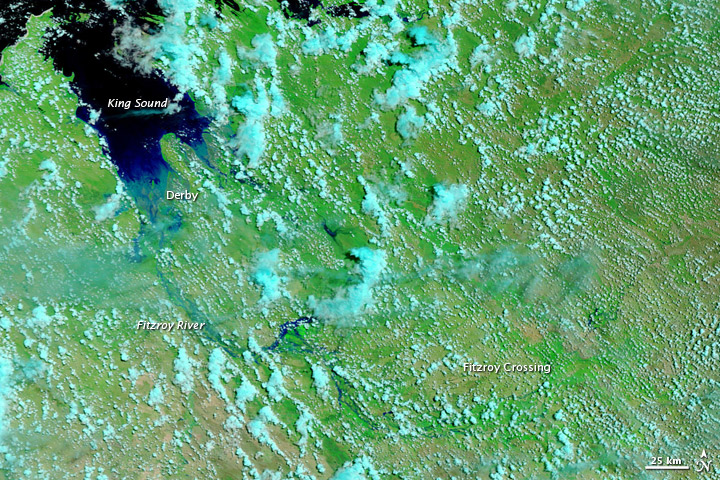 Heavy rain led to flooding in the northern reaches of Western Australia in mid-March 2011. The Flood Observatory reported that high waters forced evacuations and endangered a collection of Aboriginal art. In addition, floods affected roads and bridges linking several settlements, including those of Fitzroy Crossing and Derby.

Acquired on March 17, 2011 (top), and March 3, 2011 (bottom), these images from the Moderate Resolution Imaging Spectroradiometer (MODIS) on NASA’s Terra satellite show changes to the Western Australia landscape caused by the floods.

Both images use a combination of infrared and visible light to increase the contrast between water and land. Water ranges in color from electric blue to navy. Vegetation is green. Bare ground is earth-toned. Clouds range in color from white to bright blue-green, and cast dark shadows onto the landscape below.

The most significant change between March 3 and March 17 is the swollen Fitzroy River. Barely discernible (and partially obscured by clouds) in early March, the river apparently spans some 20 kilometers (10 miles) in places just two weeks later. The river forms an unmistakable blue swath from Fitzroy Crossing all the way to Derby, on the shore of King Sound.