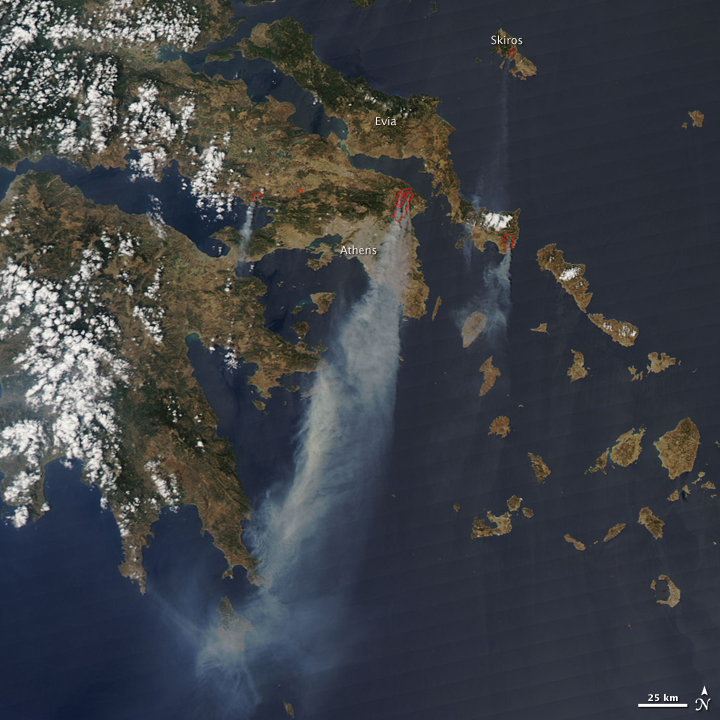 Flames raced through the forests northeast of Athens, Greece, on August 22, 2009, when the Moderate Resolution Imaging Spectroradiometer (MODIS) on NASA’s Aqua satellite captured this image. Areas where the sensor detected fire on the ground are outlined in red.

The fire outside Athens started on Friday, August 21, north of the famed Marathon plain. Aided by strong winds, the fire quickly grew, reaching the edge of Athens, said the Associated Press. The wind also blew thick plumes of smoke from the fire over the city. The smoke plume extends more than a hundred kilometers over the Aegean Sea in this image.

Aided by strong winds, forest fires burned out of control in Greece in August 2009. The largest fire burned on the outskirts of Athens.