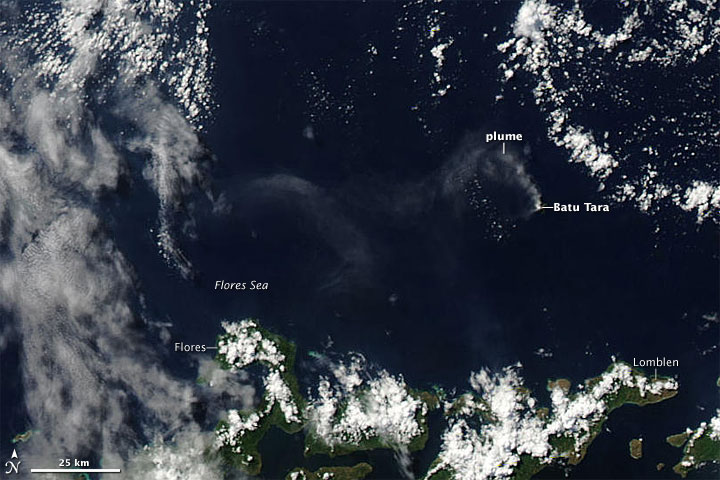 Batu Tara remained active in mid-May 2009. On May 17, 2009, as the Moderate Resolution Imaging Spectroradiometer (MODIS) on NASA’s Aqua satellite captured this image, the tiny volcanic island released a plume of ash and/or steam.

Batu Tara’s plume forms a counter-clockwise arc north of the volcano. East of that plume is another, fainter plume, almost certainly of the same origin, blowing westward over the Flores Sea. According to the U.S. Air Force Weather Agency, Batu Tara released continuous ash plumes May 17-18, 2009. The ash extended roughly 30 nautical miles (56 kilometers) northwest of the summit.

Batu Tara is a stratovolcano composed of alternating layers of hardened lava, solidified ash, and rocks ejected by earlier eruptions. The volcanic island sits in the Flores Sea, some 50 kilometers (31 miles) north of Lomblen (or Lembata). Batu Tara’s first historical eruption began in the mid-nineteenth century. More recently, the volcano began a period of intermittent activity, producing repeated ash and steam plumes in 2007. 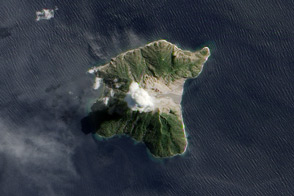