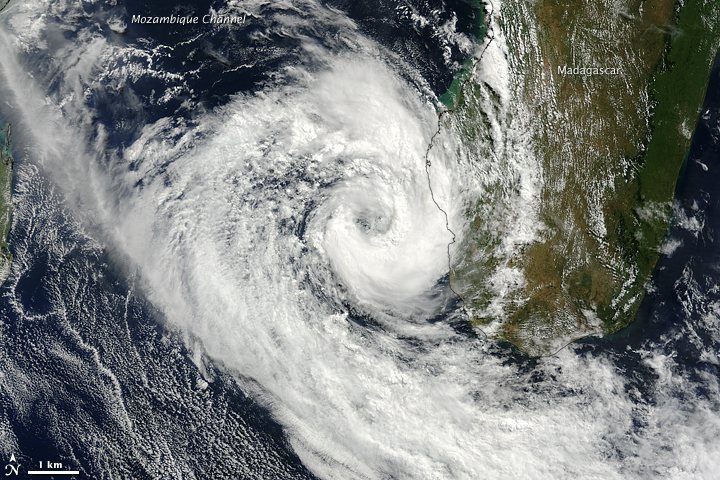 Most of the clouds in this photo-like image from March 25 are concentrated in Cyclone Izilda, leaving a relatively clear view of southern Madagascar. A line of dark green mountains runs up the eastern side of the island. To the east, the land is lush and green. Inland, to the west of the mountains, the land is drier and brown.

Never a strong storm, Cyclone Izilda was near its peak strength when this photo-like image was taken.

Cyclone Gael lingered off the east coast of Madagascar on February 7, 2009.

n March 14, 2007, storm-weary Madagascar braced for its fourth land-falling tropical cyclone in as many months. Cyclone Indlala was hovering off the island’s northeast coast.

Acquired February 19, 2010, this true-color image shows Tropical Cyclone Gelane over the southern Indian Ocean. The storm’s spiral arms span hundreds of kilometers, but no landmasses appear in this image.