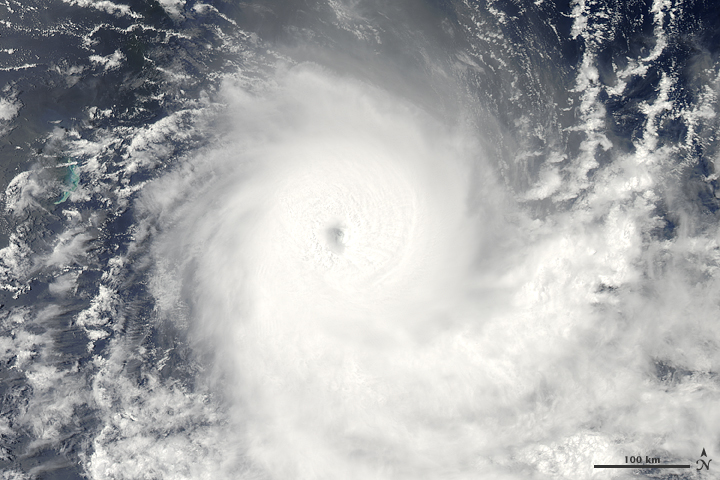 Tropical Cyclone Gelane had sustained winds of 125 knots (230 kilometers per hour) and gusts up to 150 knots (275 kilometers per hour), according to a report from the U.S. Navy’s Joint Typhoon Warning Center (JTWC) on February 19, 2010. The JTWC reported that Gelane was roughly 315 nautical miles (585 kilometers) east-northeast of Port Louis, Mauritius, and was forecast to travel toward the southwest, weakening slightly as it moved.

Acquired February 19, 2010, this true-color image shows Tropical Cyclone Gelane over the southern Indian Ocean. The storm’s spiral arms span hundreds of kilometers, but no landmasses appear in this image.

Acquired February 12, 2010, this true-color image shows Tropical Cyclone Rene spanning hundreds of miles over the southern Pacific Ocean, as well as the islands of Samoa and American Samoa. 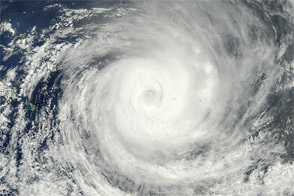 Jasmine had traveled eastward past the island of New Caledonia by February 9, 2012, and was expected to continue eastward while losing strength.