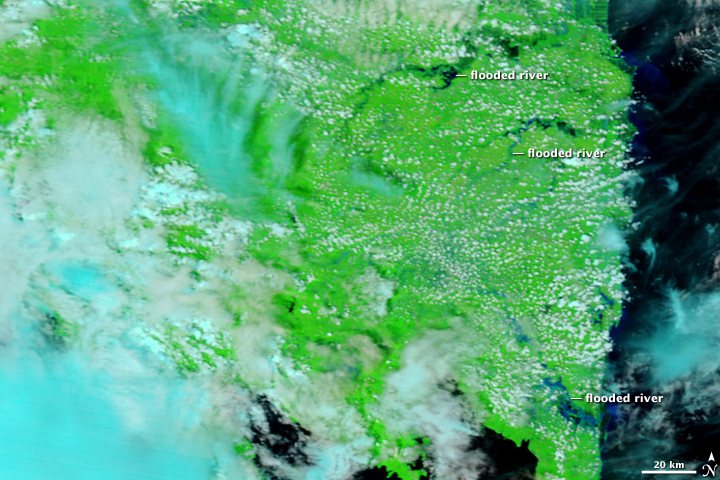 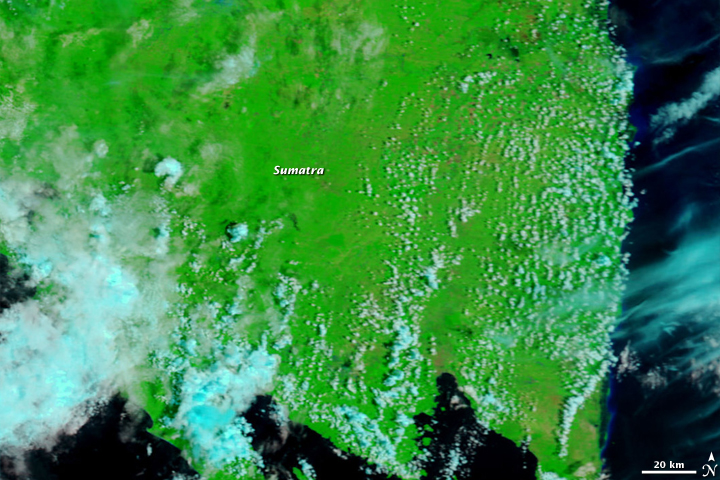 Crops, roads, and homes were all swamped when rivers burst their banks in southern Sumatra in late December 2008, said the Jakarta Post. The floods followed days of heavy rain over the Indonesian island. The Moderate Resolution Imaging Spectroradiometer (MODIS) on NASA’s Terra satellite captured the top image of the floods on December 27, 2008. The lower image, taken on October 25, 2008, provides a relatively cloud-free view of the flood region under normal conditions.

Both images incorporate visible and infrared light in a combination that emphasizes water. Clear water is black, while portions of the sediment-laden, flood-swollen rivers are blue. The surrounding vegetation is bright green, and clouds are light blue and white. In the top image, several rivers along the southeastern tip of Sumatra are distinctly wider than they were in October.

The floods forced more than 15,000 people from their homes and caused extensive damage to shrimp ponds, rice fields, and other crops, said the Xinhua News Agency.