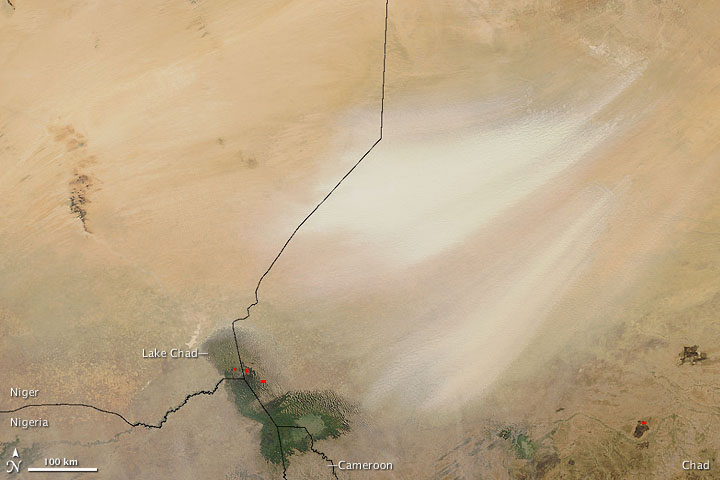 Dual dust plumes blew out of the Bodele Depression in late December 2008. The Moderate Resolution Imaging Spectroradiometer (MODIS) on NASA’s Aqua satellite captured this image on December 22, 2008. In this image, the dust plumes vaguely resemble cream-colored feathers over a darker background. Southwest of the plumes is Lake Chad. Lake Chad’s shoreline has become dry enough to permit fires (red dots).

Situated south of the Tibesti Mountains and east of the Ennedi Mountains, the Bodele Depression experiences regular winds as air masses squeeze between the mountain ranges. The winds kick up the dust, and once it is aloft, the dust continues traveling—sometimes all the way across the Atlantic.

Multiple plumes of dust blew over the countries that fringe Lake Chad on February 11, 2009.