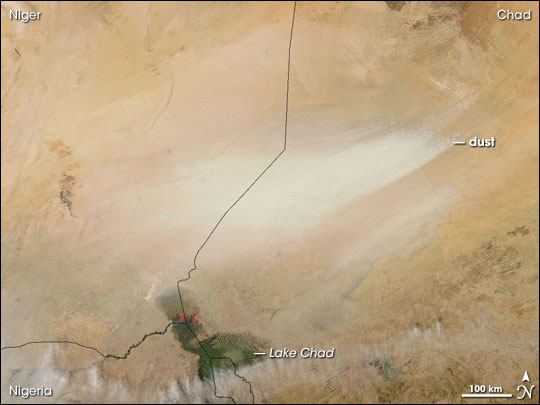 In this image, dual off-white plumes of dust blow toward the southwest. The Bodele Depression sits between two mountain ranges in Chad, downwind from a natural wind tunnel. Although this desert area appears largely devoid of life, it plays in important role in life halfway around the world. Minerals in Bodele dust plumes help fertilize soils in the Amazon Rainforest.

Much of the dust from the Bodele Depression often blows toward Lake Chad. In this image, the lake is dotted with red hotspots that indicate the location of fires.