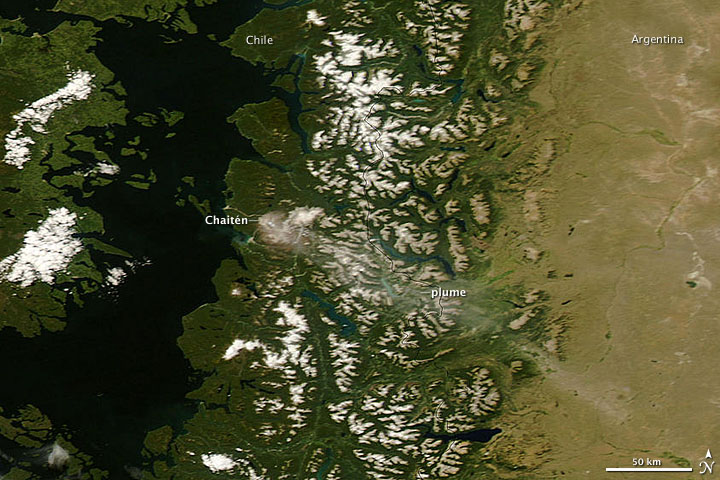 Chile’s Chaitén Volcano remained active in mid-December 2008, releasing plumes of ash and/or steam. The Moderate Resolution Imaging Spectroradiometer (MODIS) on NASA’s Aqua satellite captured this image on December 14, 2008. In this image, a faint plume appears blowing away from the volcano, toward the southeast.

After lying dormant for more than 9,000 years, Chaitén Volcano violently erupted in May 2008, smothering much of the region’s vegetation in ash, blocking river channels, and threatening lahars— mudflows of volcanic material. This image catches the volcano emitting a relatively mild plume, compared to some of its activity earlier in 2008.

Chaitén is a caldera volcano. This type of volcano forms when the magma chamber completely empties during an eruption, causing the summit to collapse and create a circular depression.