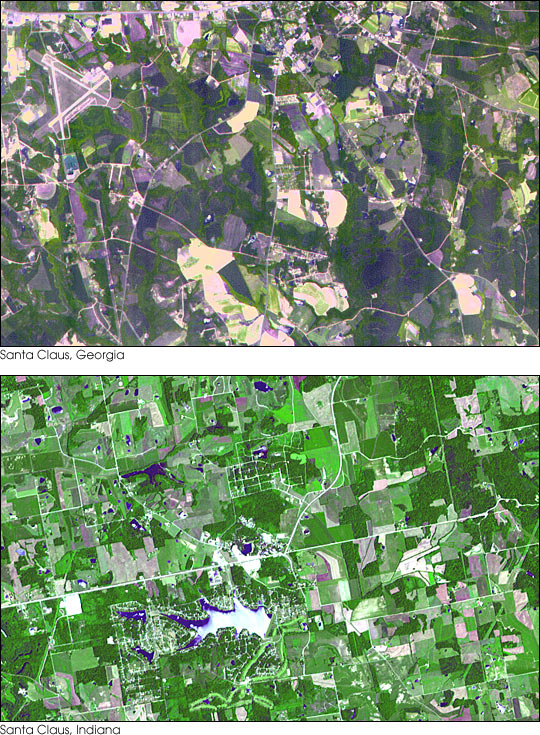 The towns of Santa Claus, Georgia (top) and Santa Claus, Indiana (bottom), are shown in these two images from the Advanced Spaceborne Thermal Emission and Reflection Radiometer (ASTER) instrument on NASA’s Terra satellite. There are 11 towns with this name in the United States. Santa Claus, Ga. is located in Toombs County, and has a population of 237. Santa Claus, Ind. is located in Spencer County, and has a population of 2,041. Its name was accepted by the United States Postal Service in 1856. The images were acquired on July 3, 2000 (top), and June 16, 2001 (bottom), respectively. 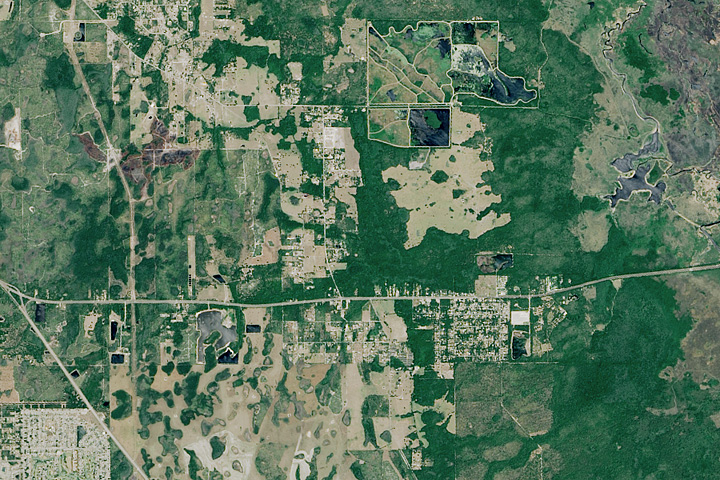 Where It’s Christmas Every Day

In this Florida town, you can find streets with reindeer names, a special mailbox for Santa Claus, and a fort that soldiers started building on December 25, 1837.