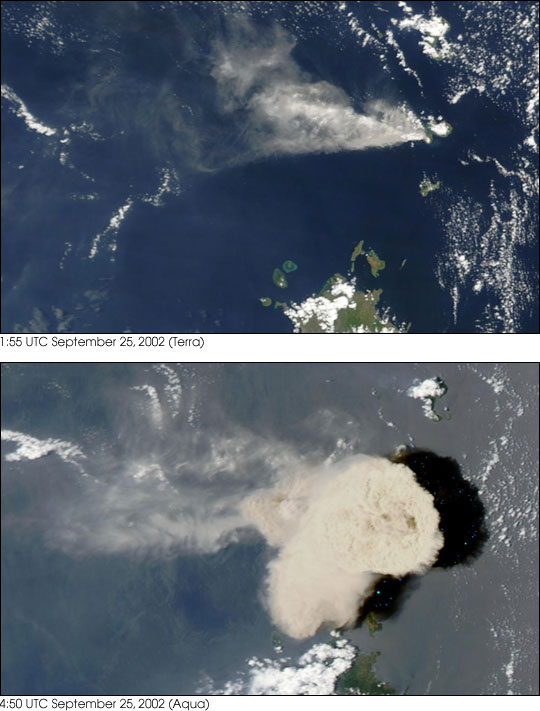 Mount Ruang, a stratovolcano in the Indonesian Sulawesi Islands, erupted on September 25, 2002, sending a large plume of ash (gray pixels) streaming westward toward Borneo and Sumatra. The eruption was preceded by earthquakes on the day before, followed by a thick, black column of volcanic ash ejected as high as 5,000 m into the sky on the 25th. While no fatalities were reported, more than 1,000 residents on Ruang Island were forced to evacuate to a nearby island.

This comparison pair of true-color images was acquired by the Moderate Resolution Imaging Spectroradiometer, flying aboard NASA’s Terra and Aqua satellites, on September 25. The top image was acquired by Terra MODIS at 1:55 UTC, while the bottom image was acquired by Aqua MODIS at 4:50 UTC. Notice how much the plume grew in that 3-hour span of time. (Note: the Aqua image appears noticeably different because the relative sun angle makes both the plume and the ocean surface appear much brighter.)