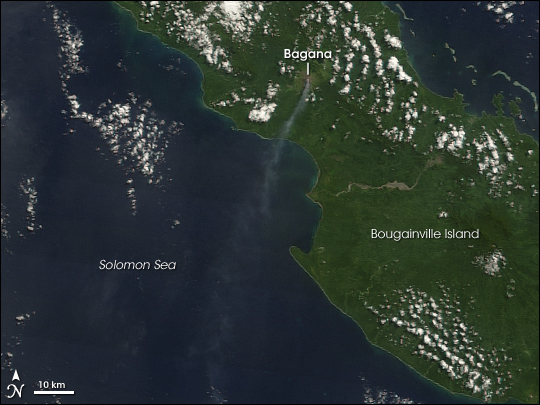 Bagana is a symmetrical cone formed from hardened lava left by previous eruptions. At approximately 1,750 meters (5,740 feet) high, the volcano is one of the youngest and most active volcanoes in Melanesia.

You can download a 250-meter-resolution KMZ file of Bagana suitable for use with Google Earth.