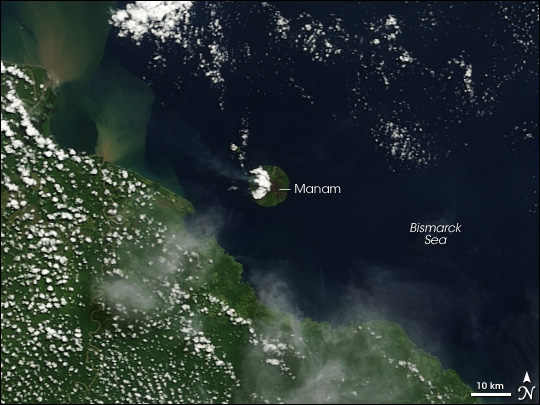 On April 28, 2007, Manam Volcano, just off the coast of mainland Papua New Guinea, released a plume of ash and/or steam. The Moderate Resolution Imaging Spectroradiometer (MODIS) on NASA’s Terra satellite captured this image the same day. This image shows a small, faint plume from the volcano blowing toward the west. Forming an arc around the plume on the eastern side is a small bank of clouds. This image also captures two brownish-green sediment plumes flowing off Papua New Guinea east of Manam.

You can download a 250-meter-resolution Manam KMZ file for use with Google Earth.