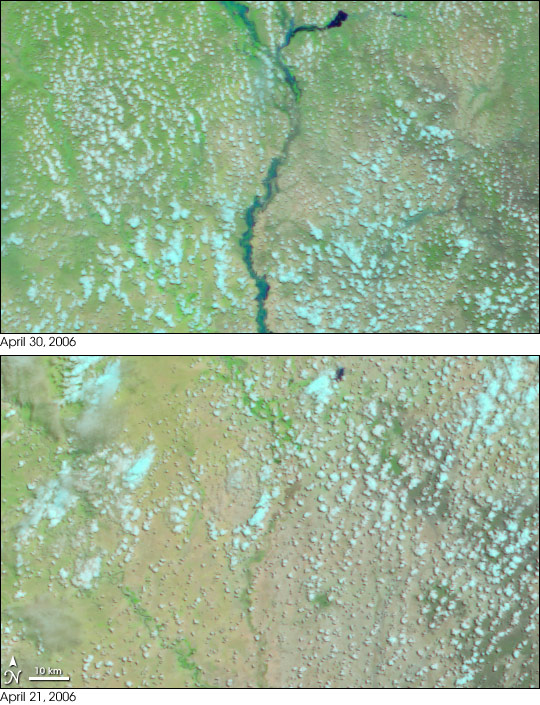 Welcome though rain may have been to drought-stricken Eastern Africa, heavy April rains triggered flooding. As rain fell over the Ethiopian highlands, the water ran off in rivers that drained into the Indian Ocean through Kenya and Somalia. One such river was the Genale Wenz, shown in these images taken by the Moderate Resolution Imaging Spectroradiometer (MODIS) on NASA’s Terra satellite. The river flows from Ethiopia south into Somalia. The top image was taken on April 30, 2006, and shows the northern section of the river, immediately north of the Somali border, swollen with wet-season rain. The lower image was acquired just nine days earlier, before the rains filled the river. In the lower image, the river is only visible by the green vegetation that lines its banks. Clouds are pale blue in both images.