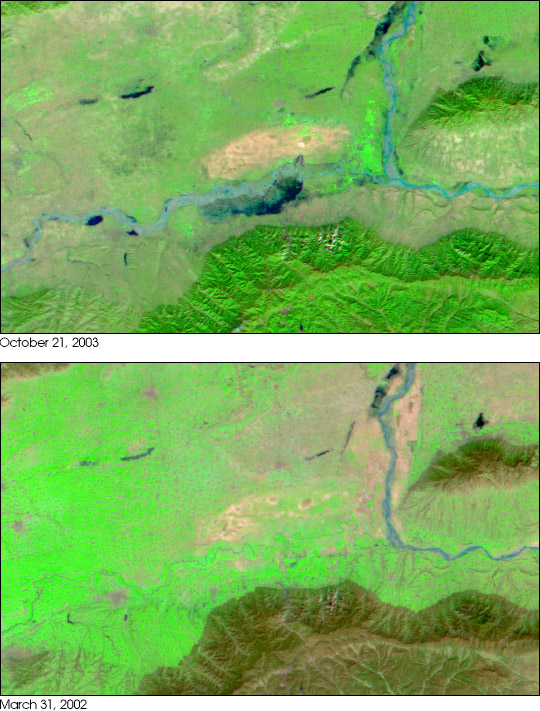 Relentless rains are to blame for ongoing flooding in northeastern China. On September 1, 2003, embankments along the Weihe river, left, burst. Weinan City on the river’s south shores flooded, killing 38, and leaving 250,000 homeless after 11,900 homes were destroyed. Continuing rains have prolonged flooding to the degree that the waters are still visible in this Moderate Resolution Imaging Spectroradiometer (MODIS) image (top) taken on October 21, 2003 by the Terra satellite. Standing water appears dark blue in the false-color image. The Yellow (Huang) River flows from the north and forms a “T” with the Weihe (Wei) River. The Weihe River is on the left of the “T,” while the Yellow River continues to the right. The Weihe River itself still appears to be fuller than normal. It can be clearly seen in the flood image, top, but is barely visible in pre-flood imagery taken on March 31, 2002, bottom.

The high-resolution image provided above is at MODIS’ maximum spatial resolution of 250 meters per pixel.