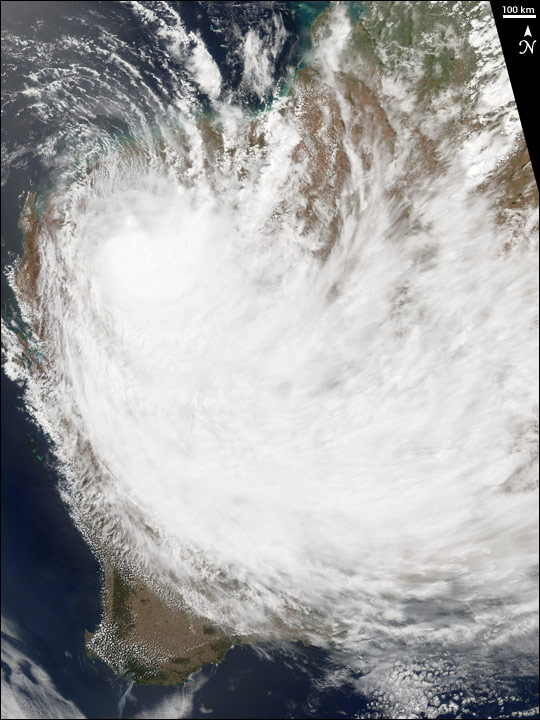 Tropical Cyclone Emma formed as a low-intensity storm system and built to cyclone strength only briefly. But Emma’s brief cyclone status belied its size and rainfall. The Moderate Resolution Imaging Spectrometer (MODIS) instrument on the Aqua observed the storm system as it was losing strength, and hence its tropical cyclone status, on February 28, 2006, at 5:55 UTC (1:55 p.m. local time). At this time, the cyclone had peak winds of roughly 55 kilometers per hour (35 miles per hour). As the image shows, the storm system covered an enormous area, extending over almost the entire extent of Western Australia. With it came heavy rain and substantial flooding to the Pilbara Region, the northwestern corner of Western Australia, where the storm system came ashore.