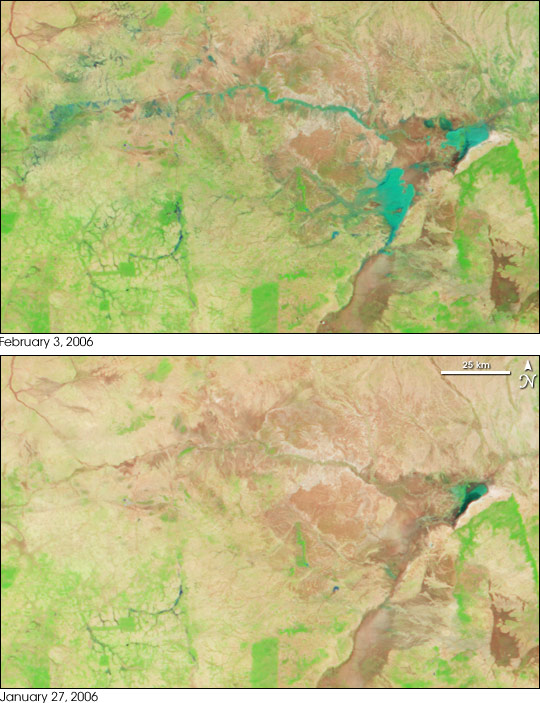 For drought-stricken Tanzania, rainfall was a boon. The rare rain soaked the countryside, bringing floods to the areas shown in this false-color Moderate Resolution Imaging Spectroradiometer (MODIS) image, captured on February 3, 2006. In contrast to January 27, turquoise-colored water has swollen rivers and streams and filled dry lake beds. The dry tan and pink land also acquired a pale green tint as plants began to grow after the rain. Despite the floods shown here, Tanzania was still being affected by severe drought in early February 2006.