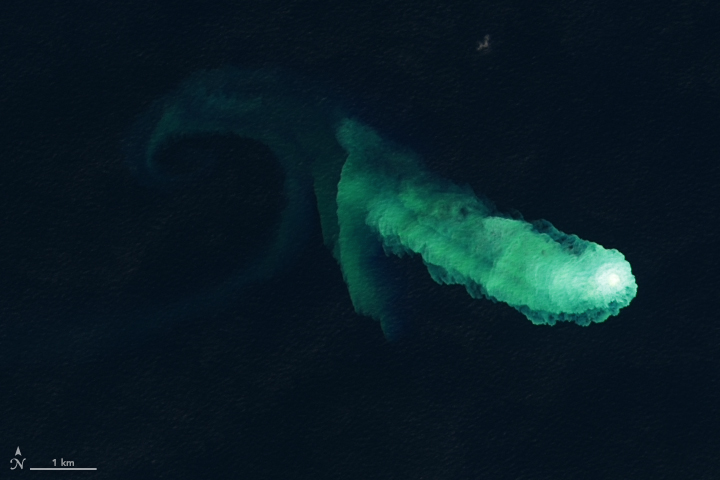 North of Iwo Jima, Japan, a triple-peaked seamount called Kaitoku lies about 100 meters (300 feet) below the water’s surface. Of the three underwater volcanic peaks, only the easternmost mountain is active. Starting in August 2022, signs of renewed unrest appeared in satellite images and were confirmed by the Japan Coast Guard.

Periodic activity continued through December 2022 and into the new year. When the Operational Land Imager (OLI) on Landsat 8 acquired these images on January 3, 2023, plumes of discolored water spread from a vent on the underwater seamount. The second image is a wider view showing a faint swirl of discolored water west of the vent. Research conducted on submarine volcanoes in the same region suggests that the discolored area may contain superheated acidic seawater with particulate matter, volcanic rock fragments, and sulfur. 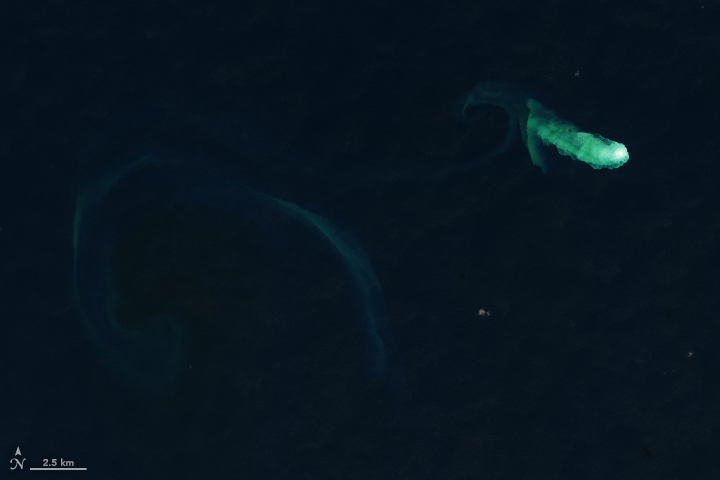 Kaitoku is just one of Earth’s many submarine volcanos. By some estimates, our planet has as many as 25 million seamounts—underwater mountains created by volcanic activity—though the vast majority of these peaks are inactive. However, those that are active represent a large fraction of total volcanic activity. Geologists estimate that up to 80 percent of the planet’s eruptive activity happens in oceans.

One of the most notable recent underwater eruptions in recent history happened one year ago at Hunga Tonga-Hunga Ha‘apai, a submarine volcano in Tonga. A powerful eruption on January 15, 2022, had such force that it obliterated parts of nearby islands and pushed large amounts of volcanic gas and particles into the stratosphere. Satellite observations indicate that material from the eruption continues to circulate in the stratosphere one year later.

Swirls of discolored water are signs of activity from the underwater volcano. 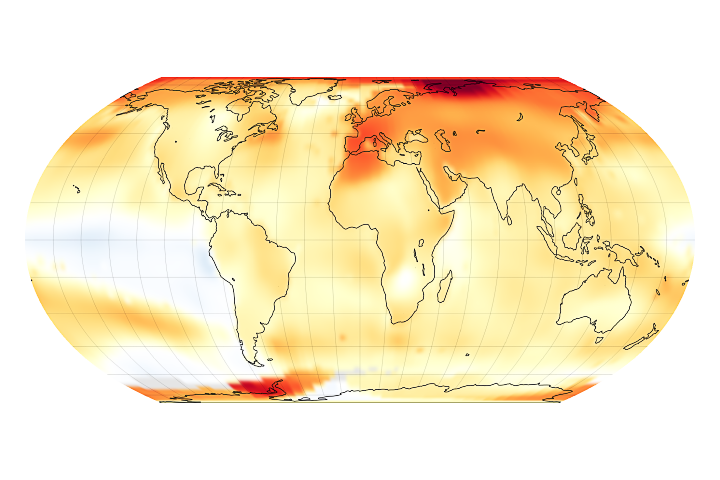 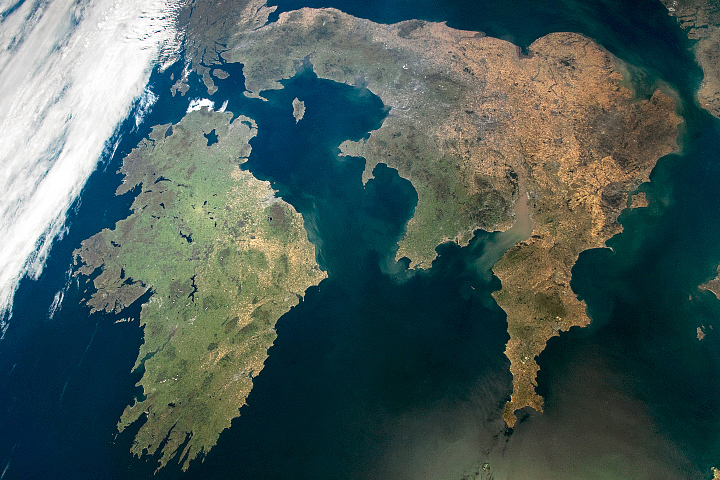