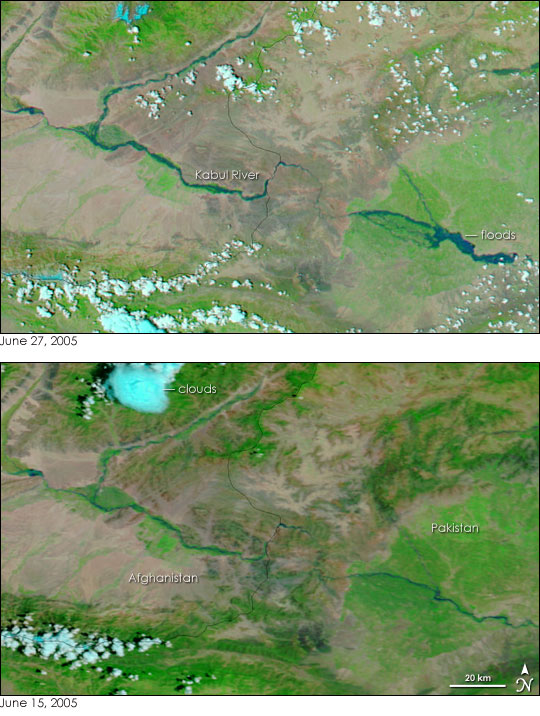 A blistering heat wave settled over southern Asia for much of June. The high temperatures melted mountain snowpacks, sending torrents of flood water down the rivers of Afghanistan, Pakistan, and India. The top Moderate Resolution Imaging Spectroradiometer (MODIS) image shows flooding along the Kabul River on June 27, 2005. The image was acquired by the Aqua satellite and is shown in false color with water being dark blue, clouds light blue and white, and vegetation bright green.

The lower image was taken on June 15, 2005, by the MODIS sensor flying aboard the Terra satellite as the river was beginning to rise. Though slightly swollen in the lower image, the river has not spread widely beyond its banks, as it appears to have done in the top image.

Both monsoon rains and quickly melting snow have pushed rivers across Pakistan over their banks.