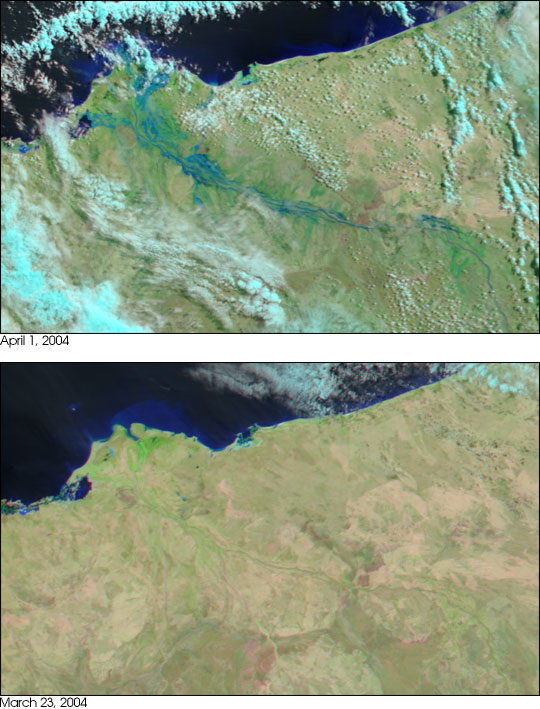 Tropical Cyclone Fay hovered offshore for several days before finally making landfall near the DeGrey River in Western Australia. The storm caused relatively little damage, but it did fill the river, pushing it beyond its normal size. In the Moderate Resolution Imaging Spectroradiometer (MODIS) image taken on April 1, 2004, by the Terra satellite, pale blue pools of flood water surround the swollen river. On March 23, before Fay came ashore, the river was only visible because of the thin green lines of vegetation that line its banks. In both images, vegetation is bright green, bare ground is tan and pink, water is blue and black, and clouds are light blue.

The high resolution images provided above are at MODIS’ maximum resolution of 250 meters per pixel.