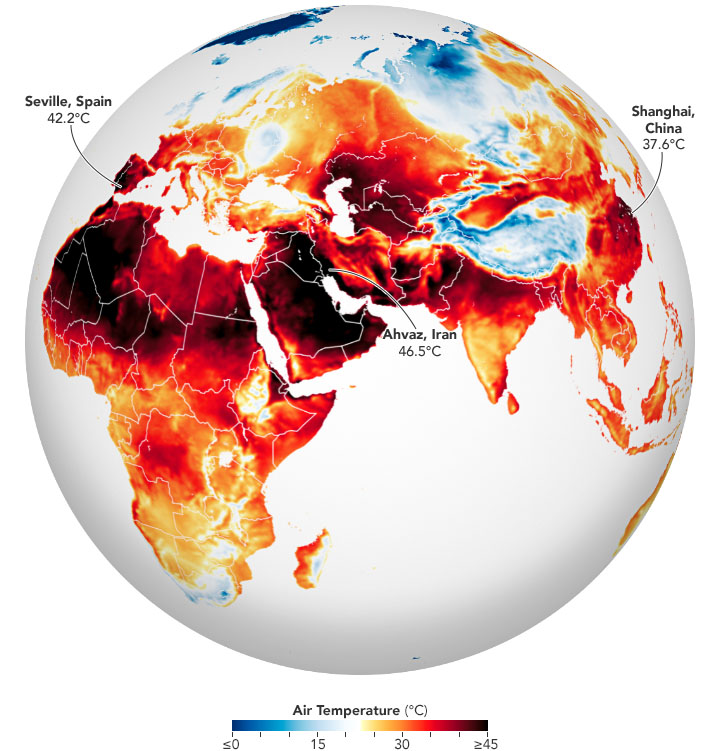 In June and July 2022, heatwaves struck Europe, North Africa, the Middle East, and Asia, as temperatures climbed above 40 degrees Celsius (104 degrees Fahrenheit) in places and broke many long-standing records.

The map above shows the surface air temperatures across most of the Eastern Hemisphere on July 13, 2022. It was produced by combining observations with a version of the Goddard Earth Observing System (GEOS) global model, which uses mathematical equations to represent physical processes in the atmosphere.

“While there is a clear pattern of an ‘atmospheric wave’ with alternating warm (redder) and cool (bluer) values in different locations, this large area of extreme (and record breaking) heat is another clear indicator that emissions of greenhouse gases by human activity are causing weather extremes that impact our living conditions,” said Steven Pawson, chief of the Global Modeling and Assimilation Office at NASA Goddard Space Flight Center.

In Western Europe, which was already experiencing severe drought, the heatwave fueled fires that raged across Portugal, Spain, and parts of France. In Portugal, temperatures reached 45 degrees Celsius (113 degrees Fahrenheit) on July 13 in the town of Leiria, where more than 3,000 hectares (7,400 acres) had burned. More than half of the country was on red alert as firefighters battled 14 active fires. 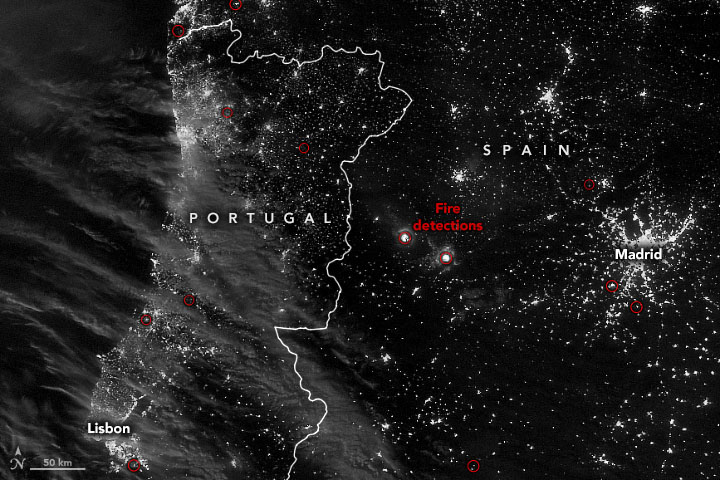 The above image shows the locations of fire detections in Portugal and Spain as observed by the Visible Infrared Imaging Radiometer Suite (VIIRS) on the Suomi NPP satellite on July 12, 2022. The prominent fire detections west of Madrid include the town of Las Hurdes where more than 1,500 hectares (3,700 acres) have burned.

In Italy, the record heat contributed to the July 3 collapse of a portion of the Marmolada Glacier in the Dolomites. The avalanche of snow, ice, and rock killed 11 hikers.

In the U.K., the Met Office issued extreme heat or amber warnings as temperatures were expected to continue to climb, possibly breaking all-time highs.

In North Africa, Tunisia has endured a heatwave and fires that have damaged the country's grain crop. On July 13 in the capital city of Tunis, the temperature reached 48 degrees Celsius (118 degrees Fahrenheit), breaking a 40-year record.

In China, the summer has brought three heatwaves that have buckled roads, melted tar, and popped off roof tiles. The Shanghai Xujiahui Observatory, where records have been kept since 1873, recorded its highest temperature ever: 40.9 degrees Celsius (105 degrees Fahrenheit) on July 13, 2022. High humidity and dewpoints, along with warm overnight temperatures, created potentially deadly conditions.

“Such extreme heat has direct impacts on human health, as well as having other consequences, including these fires that are occurring now in Europe and Africa, and which have been rampant over the past few years in North America,” Pawson said.

In summer 2022, multiple heatwaves around the world felled temperature records and fueled wildfires. 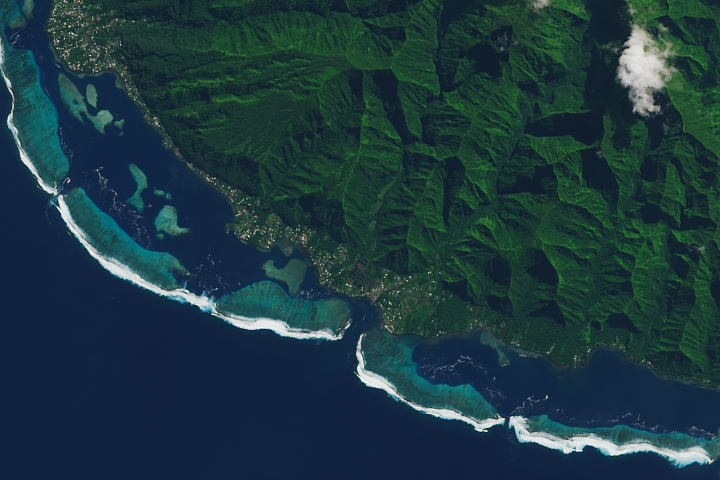