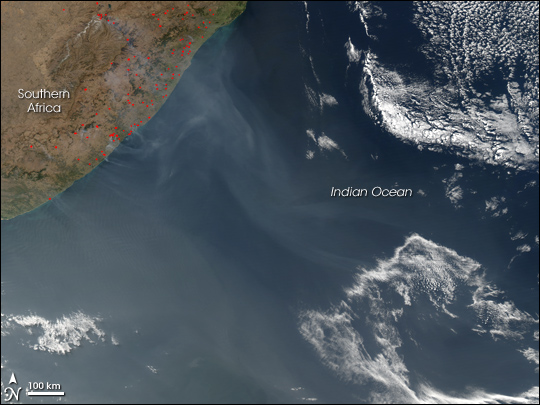 A smattering of fires (locations marked in red) were detected along the coast of southern Africa on June 24, 2007, when the Moderate Resolution Imaging Spectroradiometer (MODIS) on NASA’a Aqua satellite passed overhead and captured this image. Most of land shown in the scene is South Africa, but Lesotho, an enclave in South Africa, occupies roughly the center of the land area pictured. A plume of haze, likely smoke from these fires and perhaps from additional fires burning in central Africa, lingers over the Indian Ocean at bottom right.

Fires along the Southeast African coast