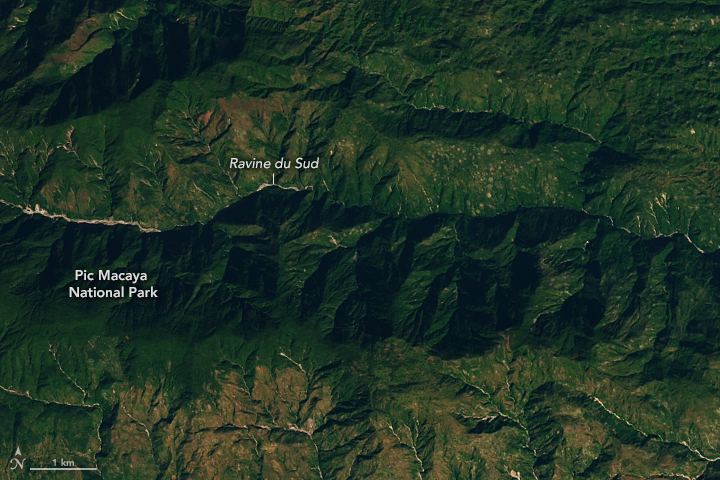 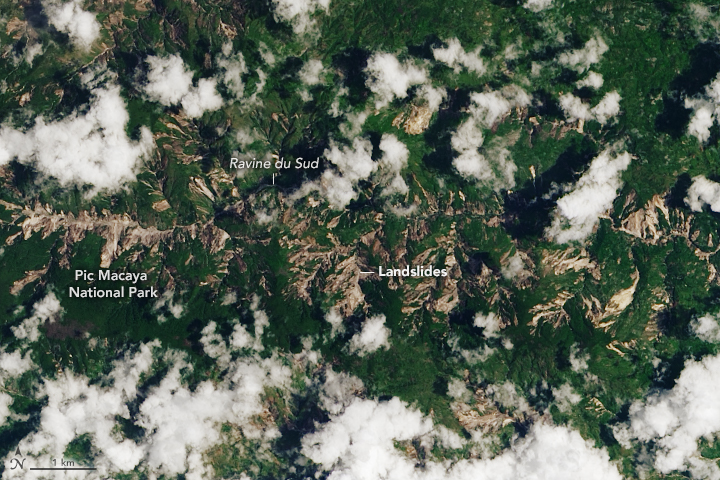 Eleven years after an earthquake devastated the Haitian capital of Port-Au-Prince, another major earthquake has shaken the Caribbean nation. The epicenter of the magnitude 7.2 earthquake was centered about 100 kilometers (60 miles) west of the 2010 quake, in a mountainous area between Petit-Trou-de-Nippes and Aquin. Like the previous event, this earthquake occurred along the Enriquillo-Plantain Garden fault, an area where two tectonic plates grind against each other.

The earthquake exposed more than one million people to very strong to severe shaking, according to the U.S. Geological Survey. In preliminary estimates, news media and Haiti’s civil protection agency are reporting large numbers of deaths and extensive damage to buildings and infrastructure.

A break in the clouds allowed the Operational Land Imager (OLI) on Landsat 8 to acquire this natural-color view of landslides in and around Pic Macaya National Park in southwestern Haiti on August 14, 2021, the same day the earthquake hit. For comparison, a second image shows the same area on a clear day in January 2021.

Many of the landslides in this image appear to be in sparsely populated areas. It is possible that landslides also occurred in areas south and east of the park that experienced intense shaking, but cloud cover on August 14 prevented Landsat from acquiring a clear view. Additional imagery from Landsat and other satellites should eventually provide more clarity about the extent of the landslides.

The situation could be exacerbated in the coming days by heavy rains from tropical depression Grace. Some forecasts call for the storm to drop between 13 to 25 centimeters (5 to 10 inches) of rain on the areas hit hardest by the earthquake.

“Some hillslopes that have been destabilized by the earthquake but did not become landslides may be pushed past the limit of stability by the rain, leading to further landslides,” said Robert Emberson, a landslide expert with NASA’s Earth Applied Sciences Disasters Program. “Debris and rock already mobilized by the earthquake may be transported by flash flooding as devastating debris flows. The material is mostly at the base of hills currently, but rivers quickly filled by rain could push that downstream and cause severe impacts to communities living farther from the location of the landslides.”

NASA’s disasters program is monitoring the situation and coordinating with the United States Agency for International Development and other partners to share relevant data about the event with emergency responders. Data and updates from the team will be shared here.

A break in the clouds offered satellites a view of hillslopes that slid away during the magnitude 7.2 temblor. 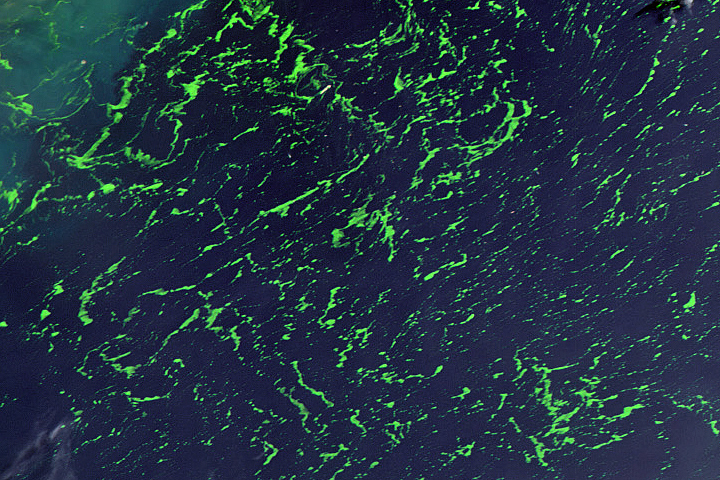