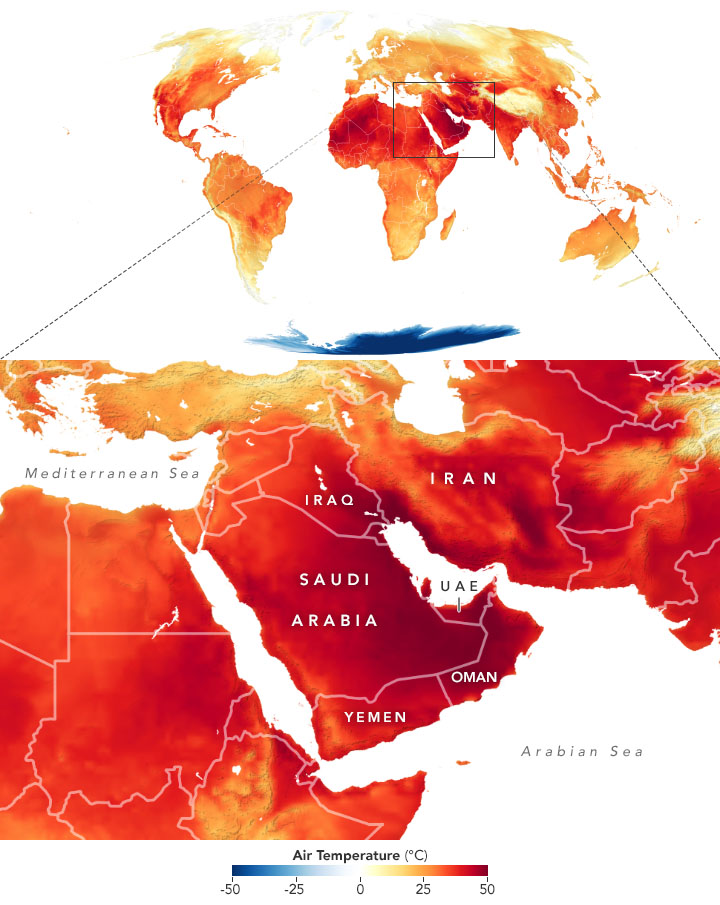 With meteorological summer just underway, some parts of the Northern Hemisphere were already feeling the heat in early June 2021. In particular, the early-season heat has been scorching countries across the Middle East.

The map above shows air temperatures in the region on June 6, 2021. The map was derived from the Goddard Earth Observing System (GEOS) model and depicts air temperatures at 2 meters (about 6.5 feet) above the ground. The darkest red areas are where the model shows temperatures around 50°C (122°F).

Indeed, local ground stations recorded temperatures that climbed above the 50°C mark in at least four Middle Eastern countries, including Iran, Kuwait, Oman, and the United Arab Emirates (UAE). According to news reports, Sweihan in the UAE hit 51.8°C (125.2°F) on June 6, 2021, which was the country’s highest temperature on record for the month of June. Countries in Central and South Asia were also reported to have seen extraordinarily high temperatures for the time of year.

Meteorologists at The Washington Post reported that the heatwave is the result of a “heat dome.” The phenomenon occurs when high pressure in the mid- to upper-atmosphere acts as a cap, trapping warm air as it rises and pushing it back toward the surface to warm even more. A notable occurrence of the phenomenon caused temperatures to soar across the Middle East in July and August 2015. The heatwave this year comes about a month before the hottest temperatures of the season typically arrive.

A phenomenon known as a “heat dome” set the stage for remarkably high temperatures as meteorological summer got under way. 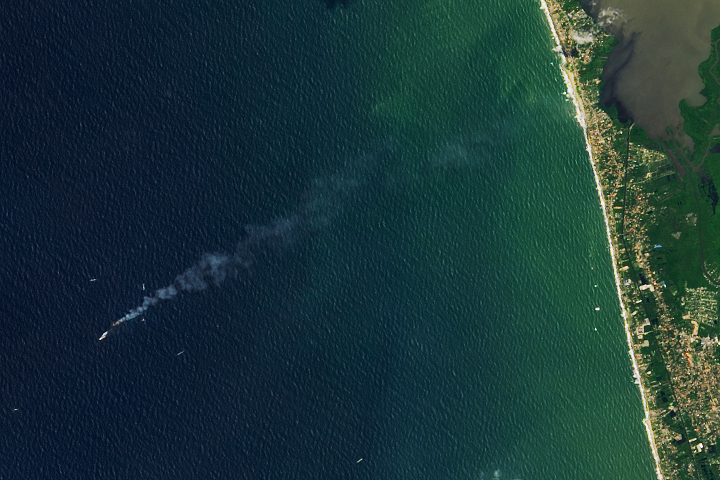