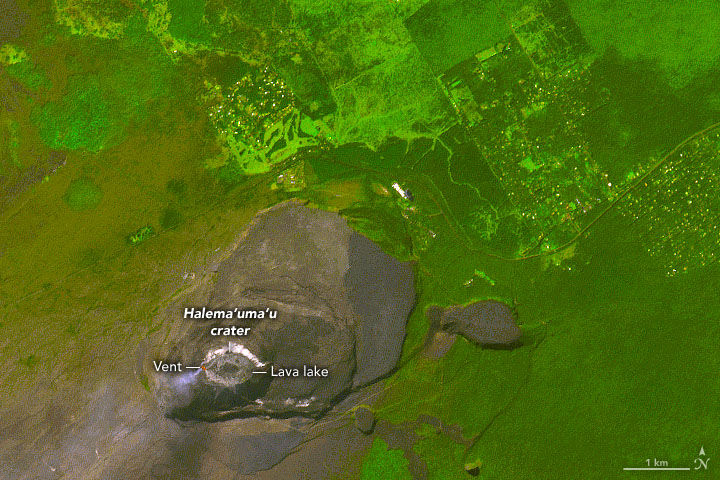 After two years of quiet, Kilauea, Hawaii’s youngest and most active volcano, is erupting again. In the early days of the volcano’s latest eruption, water that had pooled in the volcano’s summit crater (Halema‘uma‘u) since July 2019 was replaced by a lava lake. The water boiled off on December 20, 2020, after the new eruption opened three fissures on the walls of the crater and poured lava into the lake.

The Advanced Spaceborne Thermal Emission and Reflection Radiometer (ASTER) on NASA’s Terra satellite acquired a false-color image of the crater and lava lake on December 28, 2020. A vent where lava is flowing into the crater appears red. A thin crust of cooling volcanic material floating on the lava makes the surface appear gray, and there is darker “island” of more solidified material floating in the center of the lava lake. A small, plume of steam and other volcanic gases is visible rising from a vent on the western wall of the crater.

The lava lake has grown considerably since December, reaching a volume of 35 million cubic yards (27 million cubic meters) and measuring 192 meters (630 feet) deep by January 6. Beginning on January 2, a small area of upwelling called a “dome fountain” broke through the crust coating the lava lake. 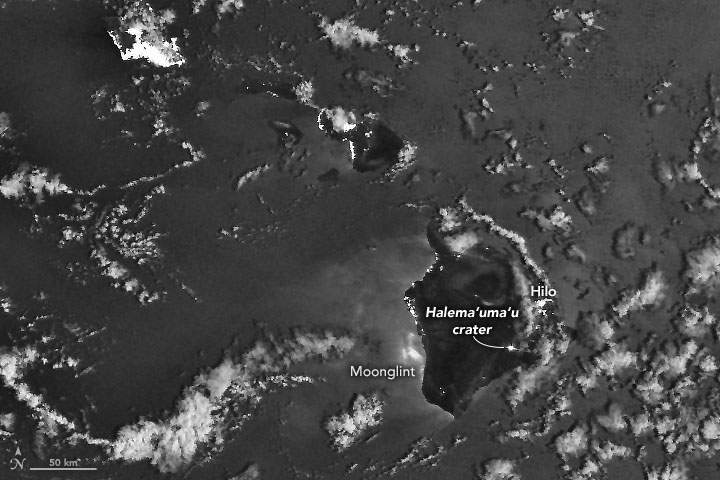 The Suomi NPP satellite acquired a broad nighttime view of Hawaii on January 4, 2020. The lava lake appears as a bright patch of light on the eastern part of the “Big Island.” Hilo, Honolulu, and other cities also appear as bright spots in the image. Moonglint—the reflection of moonlight on the sea surface—illuminates the area just west of Hawaii. The image was acquired by the day-night band of the Visible Infrared Imaging Radiometer Suite (VIIRS), which detects light in a range of wavelengths from green to near-infrared and uses filtering techniques to observe faint signals such as fires, electric lights, and the glow emitted by lava.

While volcano observers have had some concerns that the presence of a significant amount of water in the summit caldera could make for more explosive eruptions, the initial stages of this eruption have not been unusually explosive. “The lack of explosivity at the eruption onset might have been due to the fact that the fissure opened outside the water lake, rather than directly beneath it,” said Michigan Tech volcanologist Simon Carn, noting that may have caused the water to boil off quickly rather than mixing with lava. “The most violent explosions occur when water is 20 to 30 percent of the volume of the mixture.”

Volcanic activity on Kilauea is common. The last major event occurred in 2018 when lava poured from the Lower East Rift Zone and part of the summit collapsed.

Water that had pooled in the crater since 2019 quickly boiled off during an eruption that began in December 2020. 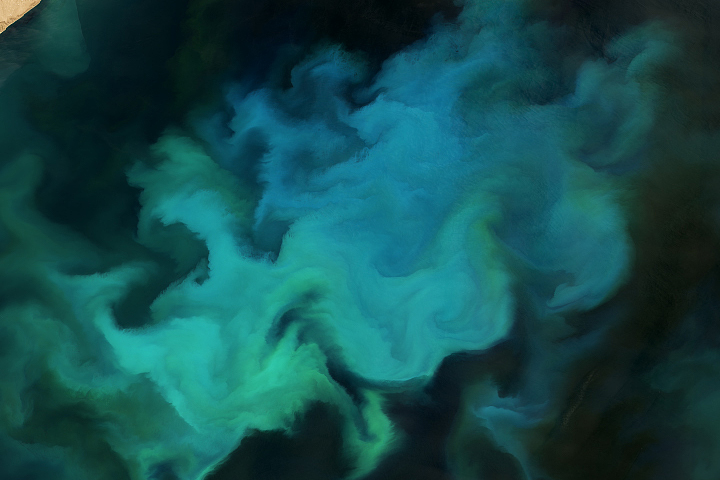 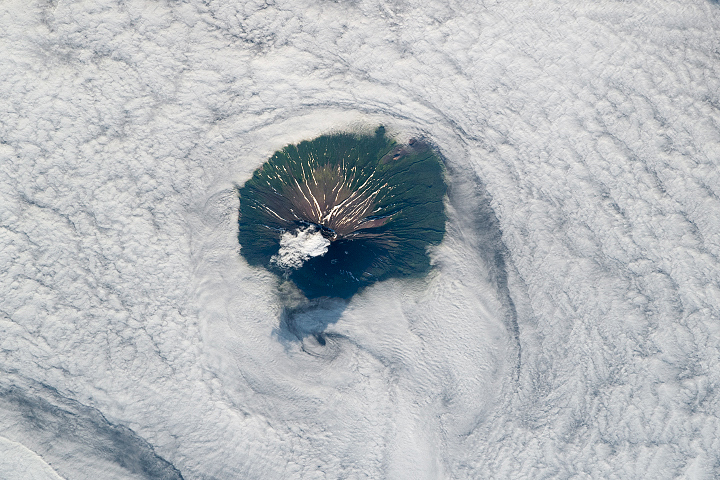 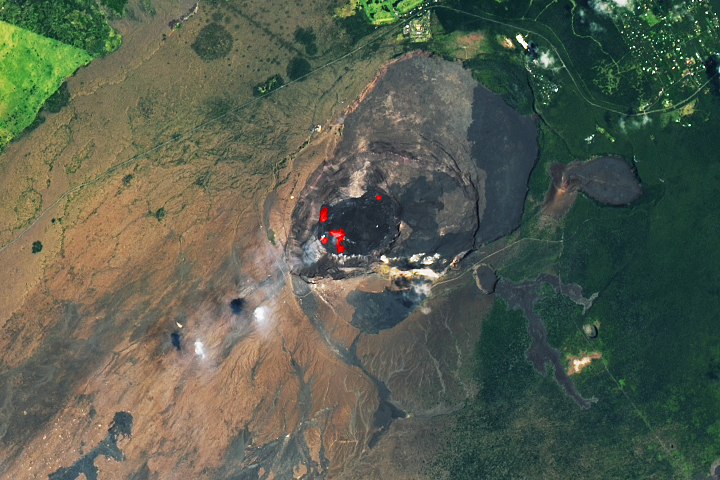 Since May 2018, when Kīlauea’s lava lake last drained, the summit crater has filled with water, erupted again, boiled off the water, and refilled with lava.