After the spring and summer melt season, the cap of frozen seawater floating on top of the Arctic Ocean begins to refreeze. In 2020, however, the annual freeze has been unusually slow.

When Arctic sea ice reached its annual minimum in September 2020, it was one of the lowest extents of the satellite record—second only to the record low in September 2012. But unlike 2012, the ocean did not see its typical rate of refreezing in 2020. As a result, the sea ice extent for this October was the lowest on record for any October. Ice growth picked up the pace at the start of November but then slowed again, leaving plenty of open water in the Barents and Kara seas at the start of December.

According to the National Snow & Ice Data Center (NSIDC), October 2020 was “the largest departure from average conditions seen in any month thus far in the satellite record.” Scientists have used satellites to continuously measure sea ice since 1979. The chart above shows how the extent of sea ice has progressed in 2020. For context, ice extents for 2012 (the record low extent) and 2016 (another year with a slow refreeze) are also charted. 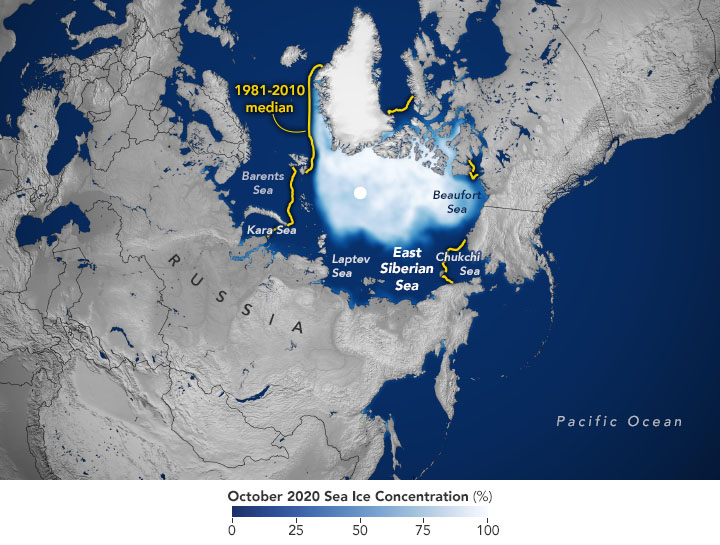 Regional variations in water temperatures and weather can affect the amount of sea ice in different parts of the Arctic. In 2020, ocean currents helped flush ice out from the Russian Arctic coast. An intense summer storm also parked over the Arctic Ocean, similar to the storm that contributed to the record low sea ice minimum in 2012.

But it was the early ice retreat amid warm Arctic air temperatures that set the stage for the slow freeze-up in 2020. Starting in May, warm air over Siberia provoked rapid melting in the East Siberian and Laptev Seas. With large expanses of dark, ice-free water exposed to the warming sunlight, the ocean could gain more heat than usual over the course of the summer, which reinforced melting. Until that heat escaped to the atmosphere, sea ice could not reform. 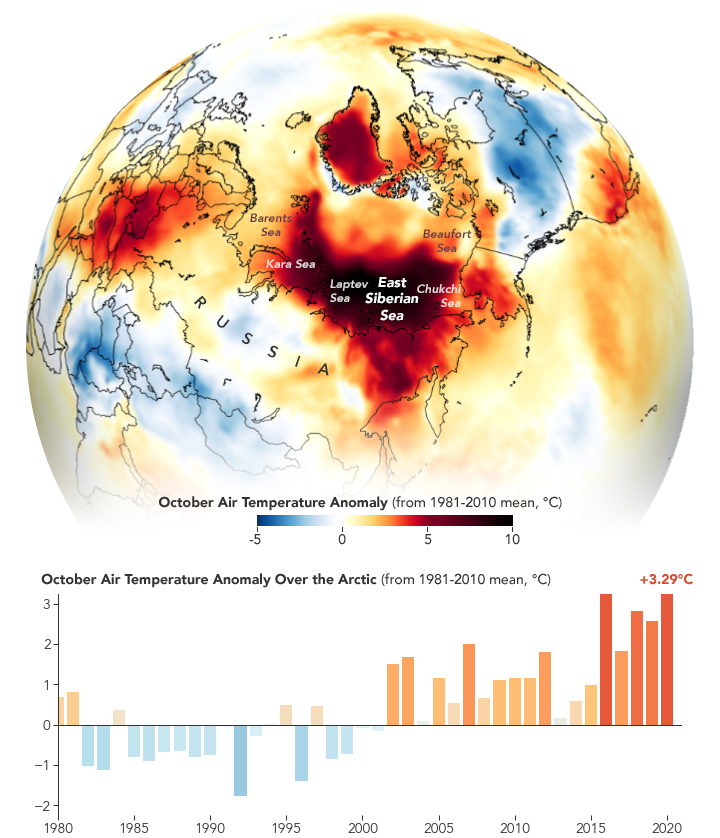 The temperature map above shows that anomalously warm air temperatures persisted into October. Air temperatures across the central and western Arctic Ocean, and along the Siberian Arctic coast, remained far above average for the month.

The pace of ice growth accelerated a bit through November 2020. But the rebound was not enough to bring the extent back to normal levels. The ice extent for November 2020 was measured as the second-lowest of any November on record.

Early ice retreat amid warm Arctic air temperatures set the stage for the slow refreeze in 2020. 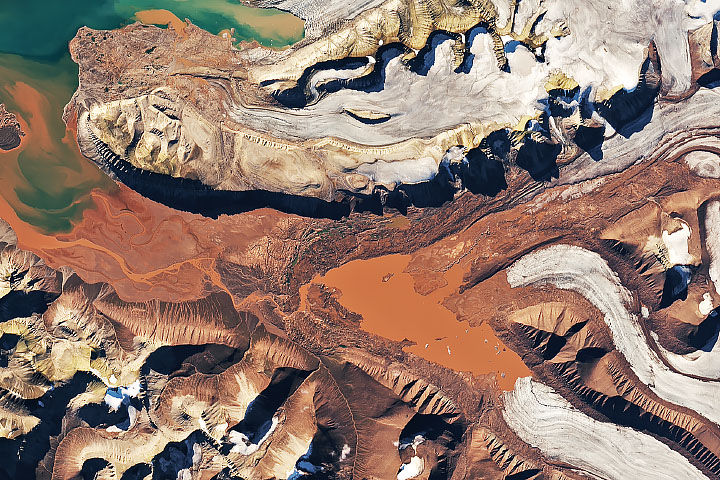