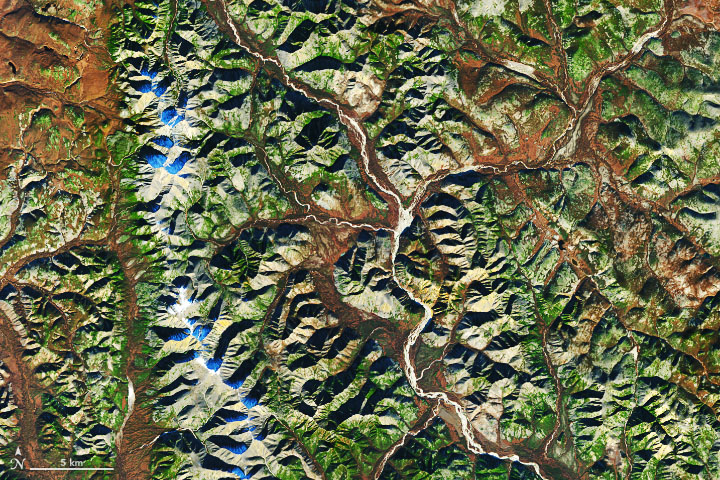 When the Landsat 8 satellite acquired this natural-color image of the Dzhugdzhur Mountains, chilly autumn and winter weather had begun to leave its mark on the remote landscape in Russia’s Far East.

Fall color had come and mostly gone. In September, valleys in the area had burst with brilliant yellows and oranges as birches, larch, and other deciduous vegetation reached peak color. But the valleys had become more muted and brown by October, as leaves withered and dropped. The spruce and pine forests higher up in the hills, meanwhile, retained their green needles, as they will through the bitterly cold winter to come.

Due to the frigid winds that sweep through in winter, the tallest mountains in this area are topped with short alpine vegetation and few trees. This part of Khabarovsk territory often sees average highs in the -30s °C (-20s °F) by December, a month when the area receives just 6 hours of daylight. In October, 10 hours of daylight is the average.

With the Sun low on the horizon, long shadows had spread across the lower slopes of the mountains when the Operational Land Imager (OLI) on Landsat 8 acquired the image. Notice the blue areas, where shadows fall on areas where snow has fallen. With less direct sunlight hitting these patches (and washing out other colors), more blue light from the sky was reflected by the snow.

Long blue shadows on the snow portend frigid days ahead in this far eastern corner of Siberia. 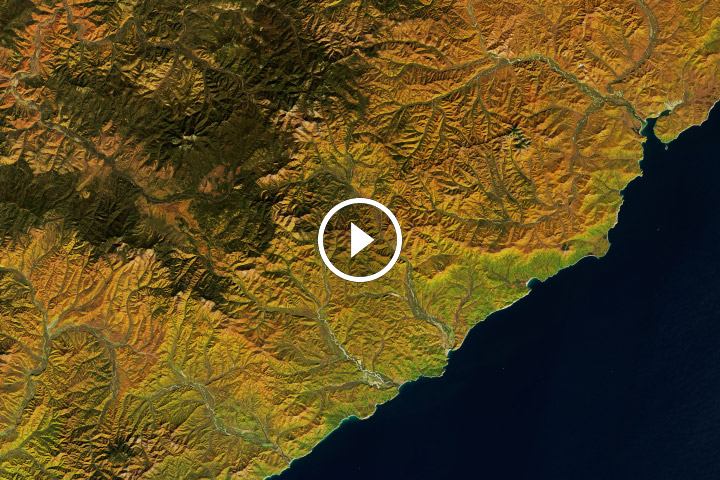