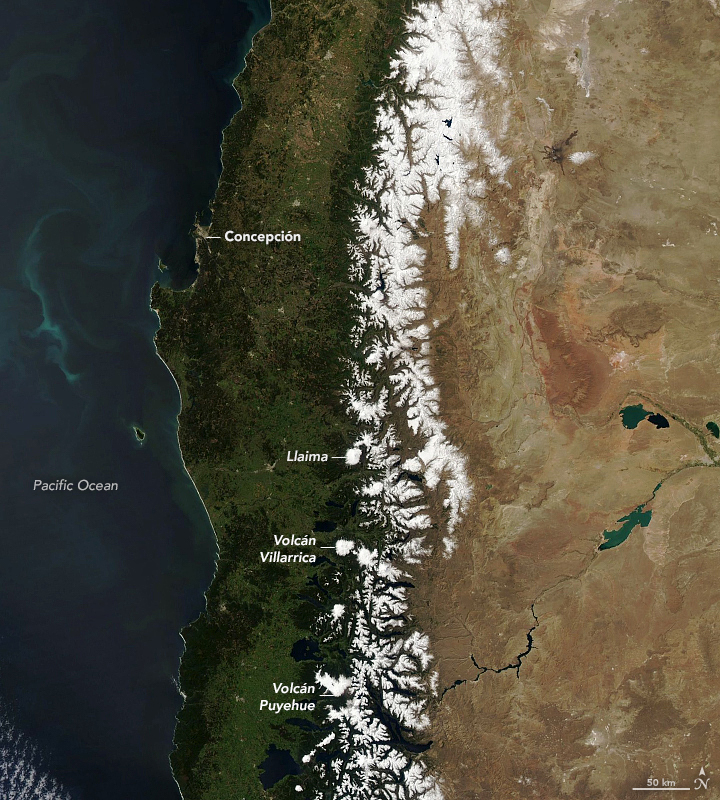 In September and October, springtime begins in South America as the traces of winter still linger in the mountains. In the Andes, the warmer temperatures mean the snow starts to thaw and melt, becoming a vital resource to local communities.

On October 11, 2020, the Moderate Resolution Imaging Spectroradiometer (MODIS) on NASA’s Terra satellite captured this natural-color image of the central Andes. The snow on the mountains appears smaller compared to mid-winter.

Spanning about 7,200 kilometers (4,500 miles), the Andes is the longest series of mountain ranges in the world. It runs through seven countries along the western coast of South America. This image shows about 700 kilometers (400 miles) of the range in Chile and Argentina.

The snowpack accumulated during the winter in the central Andes is a primary water source for major rivers and cities in central Chile and Argentina. The rivers provide water for drinking, agriculture, and hydroelectric power.

Snow cover tends to be the heaviest around the central region of the Andes during winter. However, a study analyzing three decades of Landsat data showed snow cover extent during the dry season has been decreasing at about 12 percent per decade across the mountain range. The change, especially at lower latitudes, is most likely attributed to changes in El Niño, which influences sea surface temperature anomalies in the equatorial Pacific Ocean and thus strongly affects precipitation in the Andean region. 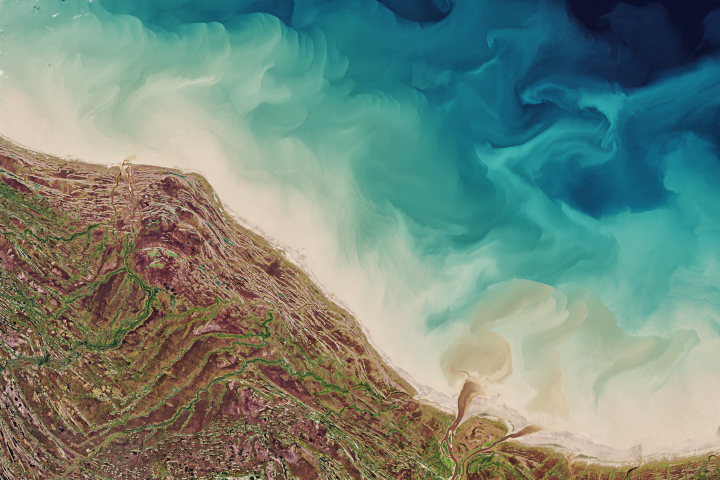 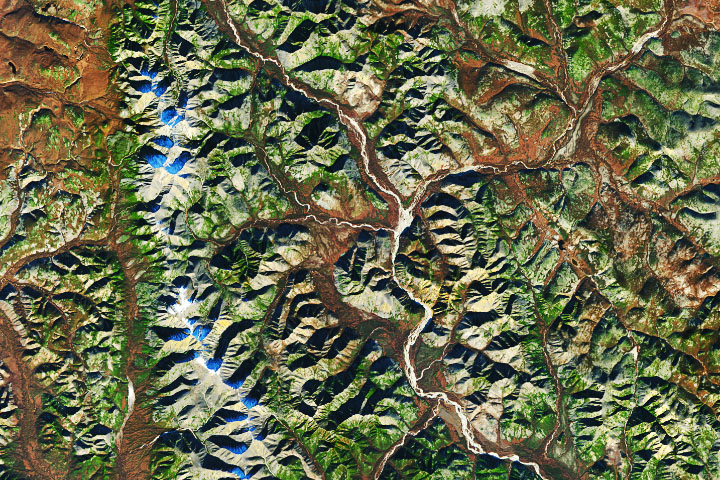 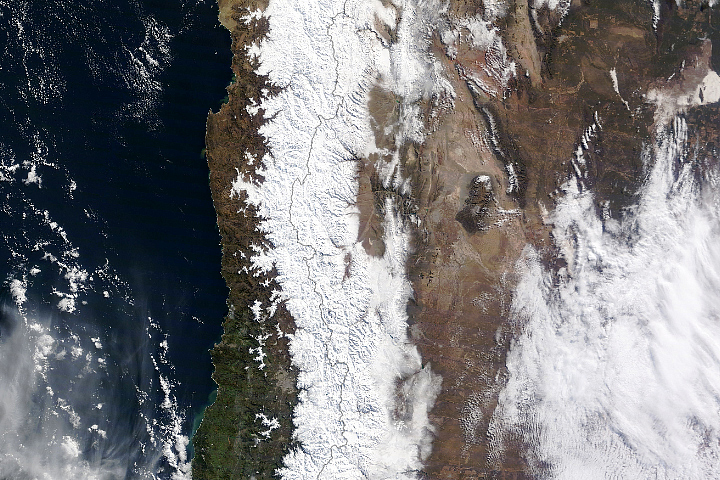 Snow Blanket for the Andes

Back-to-back weather systems in July 2022 eased rainfall deficits in central Chile and added to the snowpack atop the mountain range.