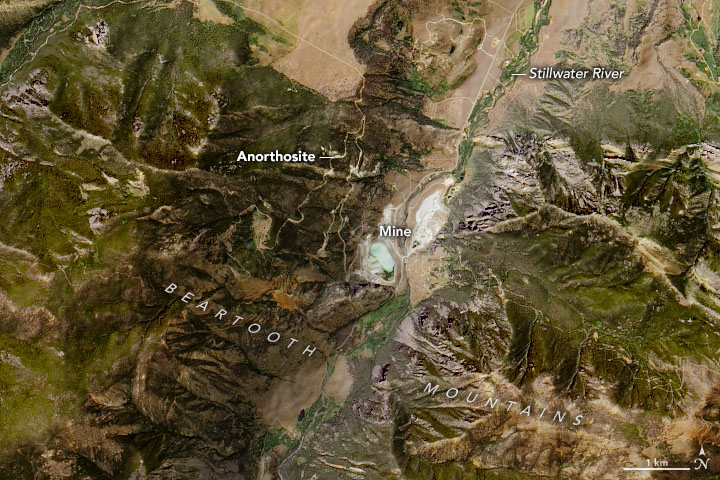 Mines across the United States churn out all kinds of minerals, from potash to iron to gold. But the ground around a mine in southern Montana contains a mineral that is a bit more valuable—at least to the scientists who use it to study the Moon.

On August 10, 2018, Operational Land Imager (OLI) on Landsat 8 acquired this image showing part of the Stillwater Complex south of Nye, Montana. The group of rocks spans about 30 miles (50 kilometers) of the Beartooth Mountain Range, and is mined primarily for its chromium and platinum-group metals.

The site gained attention from NASA and U.S. Geological Survey scientists for a different type of mineral. “Anorthite is probably the most common single mineral on the surface of the Moon,” said Doug Rickman, an economic geologist and lunar geoscientist (retired, and current part-time contractor) at NASA’s Marshall Space Flight Center.

From Earth, lunar anorthosite is visible as the light-colored, highly reflective parts of the Moon’s surface known as the lunar highlands. These are the Moon’s oldest rocks—more than 4 billion years old—and covered the young Moon’s entire surface before its crust was pummeled and broken up by asteroids and comets. Anorthosite rocks brought back to Earth by Apollo astronauts have helped researchers learn about the Moon’s geologic history.

But the supply of anorthosite samples from the Moon is limited. Fortunately, the rock can also be found on Earth. Researchers have demonstrated that terrestrial anorthosite can be a useful analog for studying the history of the lunar crust and the formation of anorthosites on the Moon. Not all anorthosite found around our planet, however, measures up.

“Anorthosite is not rare on Earth,” Rickman said. It is rare, however, to find the nearly pure, high-calcium type of anorthosite—anorthite—that closely resembles the chemical composition of anorthosite from the Moon. Rocks found within the Stillwater Complex come very close.

“The Stillwater Complex can teach us about the formation of anorthosite itself, as well as what the surface of the Moon is like in the lunar highlands regions,” said Sarah Deitrick, a lunar geoscientist at NASA’s Johnson Space Center.

Scientists have also collected anorthosite rocks from mines within the Stillwater Complex—debris from road cuts and mining tailings—to manufacture synthetic moon dust. The term scientists use for this moon dust substitute is “simulated lunar regolith,” or simply “simulants.”

“These simulants are extremely helpful when it comes to testing equipment, space suits, or anything else that will come in contact with the lunar surface when humans go back to the Moon,” Deitrick said. “The Stillwater Complex has been used to create some of the most accurate simulants that replicate the lunar highlands.”

But even the high quality anorthite from the Stillwater Complex is not perfect. Terrestrial influences like temperature and pressure, or exposure to water, can alter the mineral. Scientists have long studied the best way to mill, mix, and handle the materials to arrive at the most Moon-like dust possible.

There is plenty of detailed geology and chemistry involved with the research, but simulant specialists like Deitrick and Rickman still manage to keep the big picture in mind. “The reason I got interested in simulants was quite simple,” Rickman said. “If you are going to send a billion-dollar system to the Moon you have to test it. If you mess it up on the Moon, it is a long walk back to the nearest hardware store to get parts.” 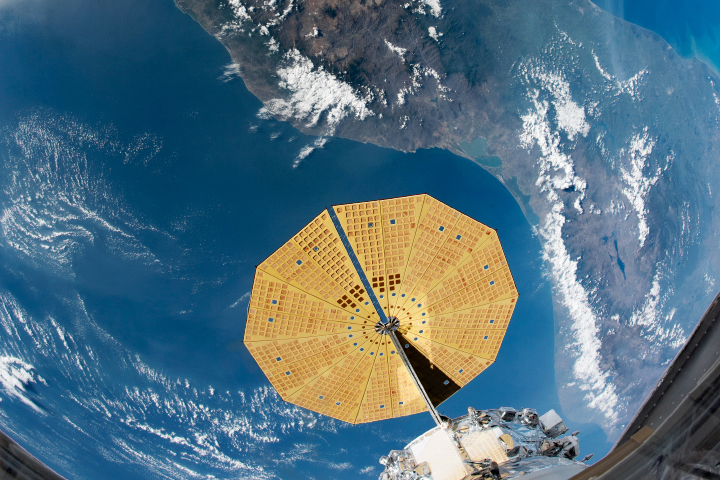