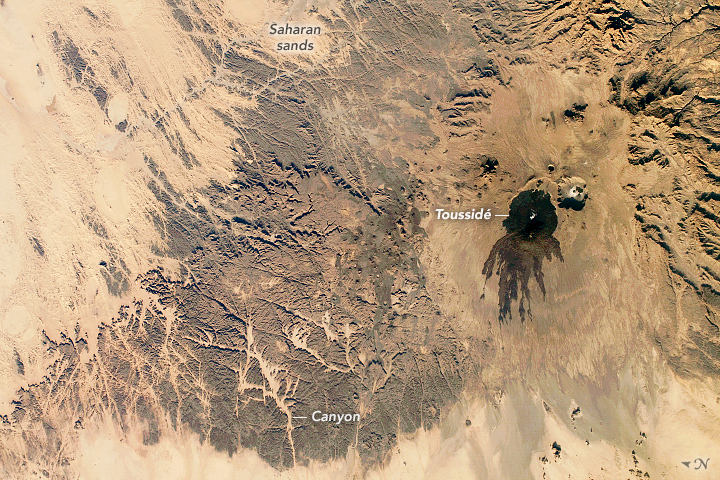 An astronaut aboard the International Space Station (ISS) shot this photograph of stark desert contrasts in northwestern Chad. The geologically young, dark lava flows of the Toussidé volcano stand out from the older, lighter rocks of the Tibesti Mountains and the sands of the central Sahara Desert.

A large portion of the Tibesti Mountains is volcanic in origin. Successive effusive eruptions have formed extensive plateaus that cover older sedimentary rocks. Looking north of Toussidé (left in this image), erosion has helped carve the expansive network of canyons. Eolian activity has also played a role: that is, winds have brought lightly colored sands from the north into low-lying areas between the mountainous ridges.

The contrast of color created by flows from Toussidé and other volcanoes in northern Africa has captured astronauts’ attention for decades. The terrain of the Tibesti mountains is difficult to access, but remote sensing provides a useful means to perform geologic investigations here.

Astronaut photograph ISS060-E-77289 was acquired on September 23, 2019, with a Nikon D5 digital camera using a 95 millimeter lens and is provided by the ISS Crew Earth Observations Facility and the Earth Science and Remote Sensing Unit, Johnson Space Center. The image was taken by a member of the Expedition 60 crew. The image has been cropped and enhanced to improve contrast, and lens artifacts have been removed. The International Space Station Program supports the laboratory as part of the ISS National Lab to help astronauts take pictures of Earth that will be of the greatest value to scientists and the public, and to make those images freely available on the Internet. Additional images taken by astronauts and cosmonauts can be viewed at the NASA/JSC Gateway to Astronaut Photography of Earth. Caption by Andrew Britton, Jacobs Technology, JETS Contract at NASA-JSC. 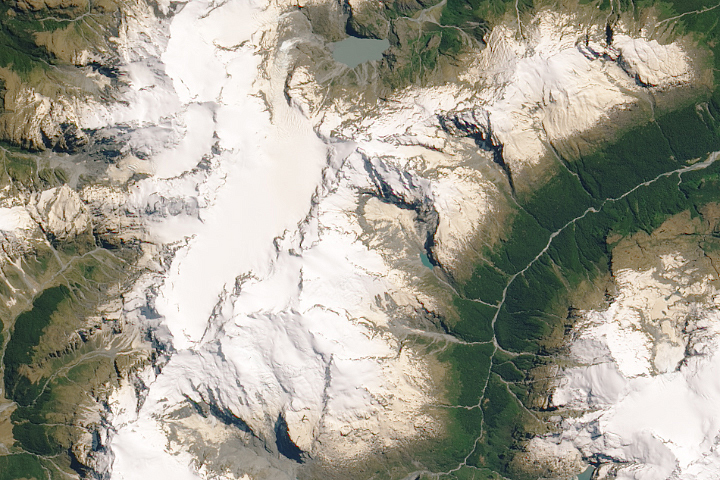