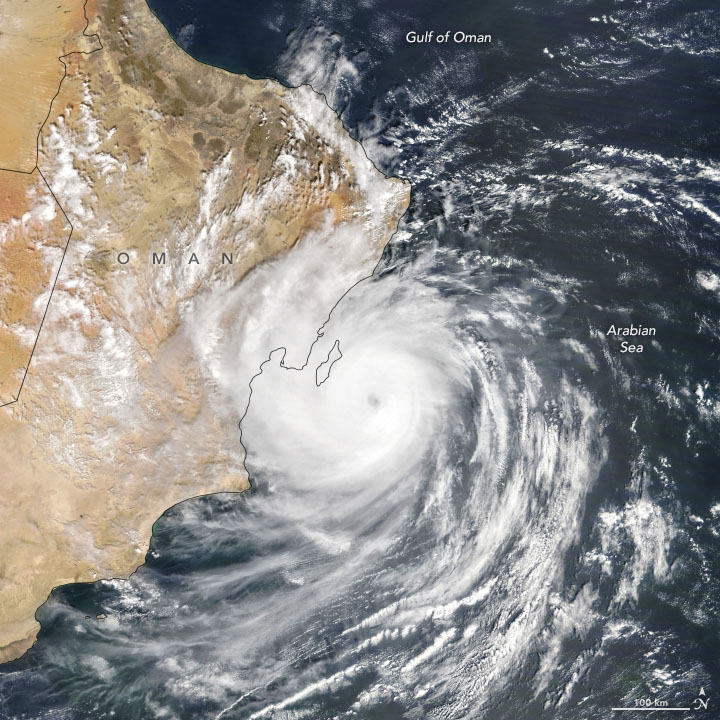 A few tropical cyclones spin into the northwestern reaches of the Arabian Sea each, and some bring damaging winds and rain into the Arabian Peninsula. That was the case on September 24, 2019, when Tropical Cyclone Hikaa made landfall over Oman.

After encountering the coast of Oman and the dry air over the peninsula, the storm continued moving westward and weakened. Forecasters predicted heavy rainfall in some coastal areas, and officials advised people to stay away from low-lying areas. They also warned that rough seas could be dangerous for fishing boats.

Of all tropical cyclones that occur around the planet each year, only 7 percent are in the North Indian Ocean. They infrequently brush the Arabian Peninsula, and the region can go years without a storm. That said, 2018 brought more storms than usual, with three significant cyclones—Sagar, Mekunu, and Luban—bringing damaging wind and rain to Yemen and Oman. Cyclones tend to occur here in spring and autumn, so the final count for 2019 remains to be seen. 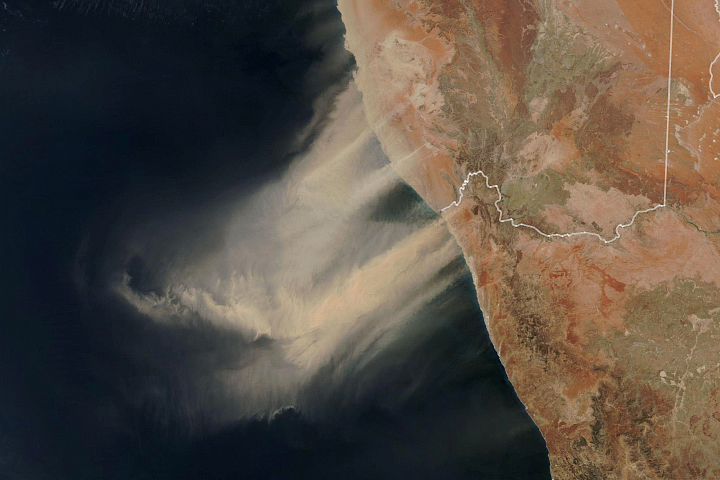