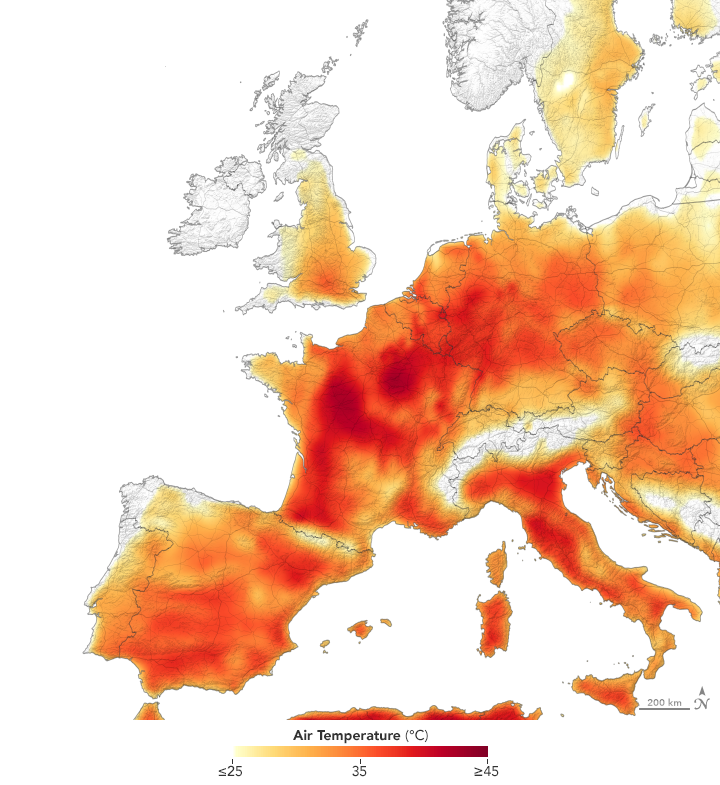 July is expected to be the hottest month of the year in Europe—but not this hot.

The map above shows air temperatures across Europe on July 25, 2019. The map was derived from the Goddard Earth Observing System (GEOS) model and depicts air temperatures at 2 meters (about 6.5 feet) above the ground. The darkest red areas are where the model shows temperatures surpassing 40°C (104°F). Temperatures have since fallen, and rain is in the forecast for some of the countries. The GEOS model, like all weather and climate models, uses mathematical equations that represent physical processes (such as precipitation and cloud processes) to calculate what the atmosphere will do. Actual measurements of physical properties, like temperature, moisture, and winds, are routinely folded into the model to keep the simulation as close to observed reality as possible.

These record-breaking temperatures come just one month after another record-breaking heatwave. However, July temperatures soared much higher than June—about 15°C higher in some regions. The map below, created with data from the GEOS model, shows the temperature difference between June 26 and July 25, 2019. Satellites also show the ground becoming browner from June to July. 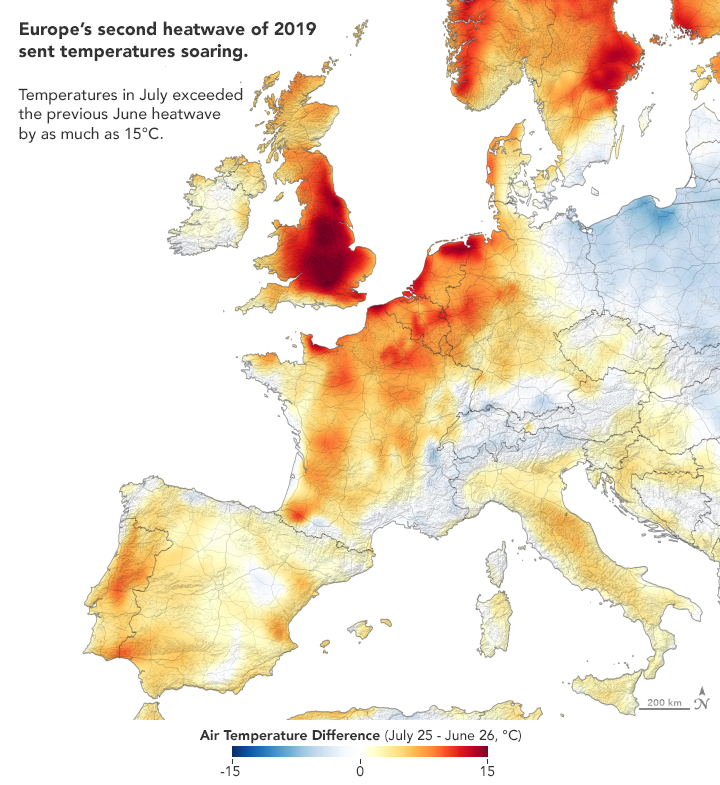 This July heatwave was caused by a massive area of high pressure positioned over the region, sometimes called a heat dome. The air mass acts as a roadblock in the sky, forcing the jet stream to travel around it in a wavy pattern that looks like the uppercase Greek letter omega. This omega block drew hot air north from the Sahara Desert.

Past research has linked rising global temperatures to more frequent and intense regional heatwaves, with researchers showing parts of Europe and North America could experience an extra 10 to 15 heatwave days for each degree of global warming. Projections from the UK Met Office also show that intense heatwaves could occur on average as regularly as every other year by the middle of the century.

Several fierce heatwaves broke temperature records across the continent in the summer of 2019.