A White June in the Rockies 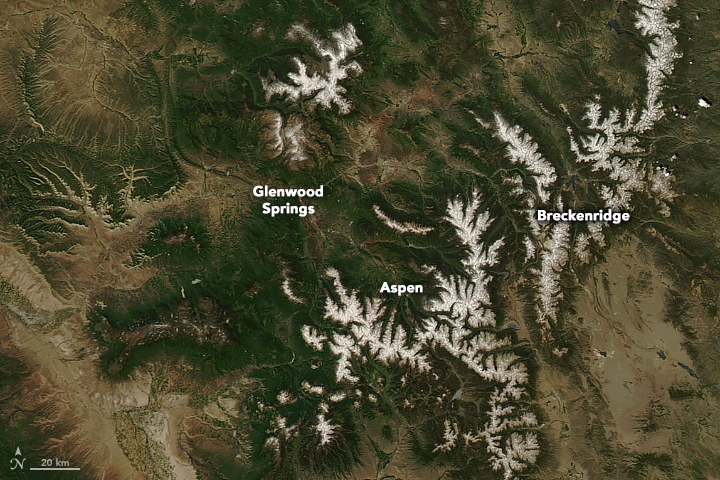 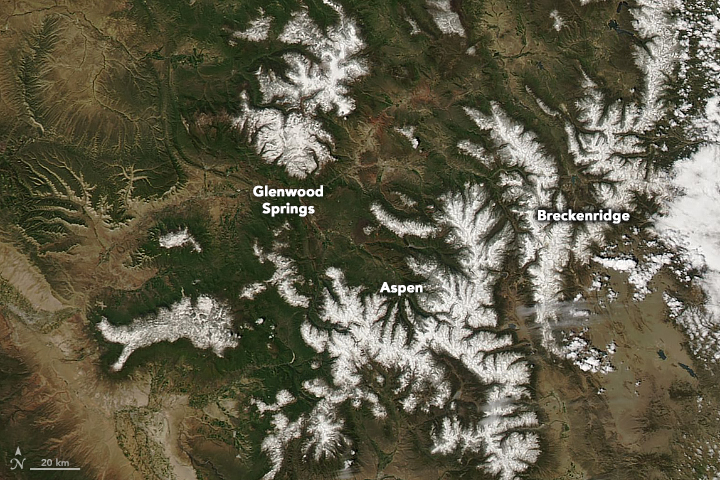 If you live in the United States, you know it has been wet lately—really wet.

In June 2019, for the second month in a row, federal scientists reported that the contiguous United States had experienced its wettest 12-month span on record. NOAA reported a nationally averaged total of 37.68 inches (95.71 centimeters) of precipitation between June 2018 and May 2019. That is 1.48 inches (3.76 centimeters) above the previous record, which was set in April 2019.

The sustained gush of precipitation has left marks all over the country. In the Rocky Mountains, the signature of this wet year could be found on the slopes. Mountains in Colorado and Utah, in particular, were covered in unusually deep snow for June.

The Moderate Resolution Imaging Spectroradiometer (MODIS) on NASA’s Aqua satellite acquired this natural-color image of snow cover in the Rockies on June 9, 2019. For comparison, the second image shows June 16, 2016, a year when snow conditions were more typical.

One way that hydrologists size up snowpack is by calculating the snow water equivalent, the amount of water contained within the snowpack. You can think of it as the depth of water that would theoretically result if the entire snowpack melted instantaneously.

On June 9, 2019, Colorado’s Natural Resources Conservation Service measured a snow water equivalent of 7.5 inches (19 centimeters) for the state of Colorado. For June, that is quite high—8 times higher than usual for the state and up to 20 times higher for certain river basins. In most years, the snow water equivalent drops well below 2 inches (5 centimeters) in June.

The extra snow heightened concerns about the possibility of localized snowmelt flooding in the coming weeks. However, the Colorado Water Conservation Board does not expect severe flooding triggered by snowmelt, despite the fact that some basins have snowpack several hundreds of percentage points higher than usual. Colorado’s worst floods generally occur due to spring rainfall and summer thunderstorms, not snow, the group noted in a report released in early June.

“The thing to keep in mind for this year is that snowpack is holding on late, not that enormous actual snowpack numbers are being observed,” the Water Conservation Board said.

For this late in the year, snowpack is remarkably deep in Colorado and Utah.